When Everything Comes Full Circle…

How exciting to see all the pieces of author Jessica Cantwell’s Realm Saga come together in the final book of her trilogy, Battle for the Throne. (Link to book on Amazon.)

I wasn’t sure what to expect – which was a smart way to approach the last Realm book. Sure, I had a couple of ideas of what WOULD be revealed, and there were other secrets / loose ends I hoped to see come full circle, but I was excited to find out what unexpected revelations Cantwell would deliver this time around. And of course, she did deliver!

Since the book’s title itself includes the word “battle,” readers won’t be surprised to find an epic one. Passages like these make me wish I could project a book onto the gigantic movie screen in my head. I wanted to watch every detail in slow motion – with a fierce, raging soundtrack playing in the background. As Lily Monroe (main character) and the others defend their ground in a final battle, you must admit: the scene IS movie screen worthy.

Author Cantwell excels at detailing the scene she wants you to see. For example, early in the book we are treated to characters being whisked away to an underground city. Cantwell’s descriptions bring this magical world to life – you’re tempted to “listen” for the stream bubbling alongside the streets and under bridges. Cantwell provides vivid scene descriptions throughout the book. 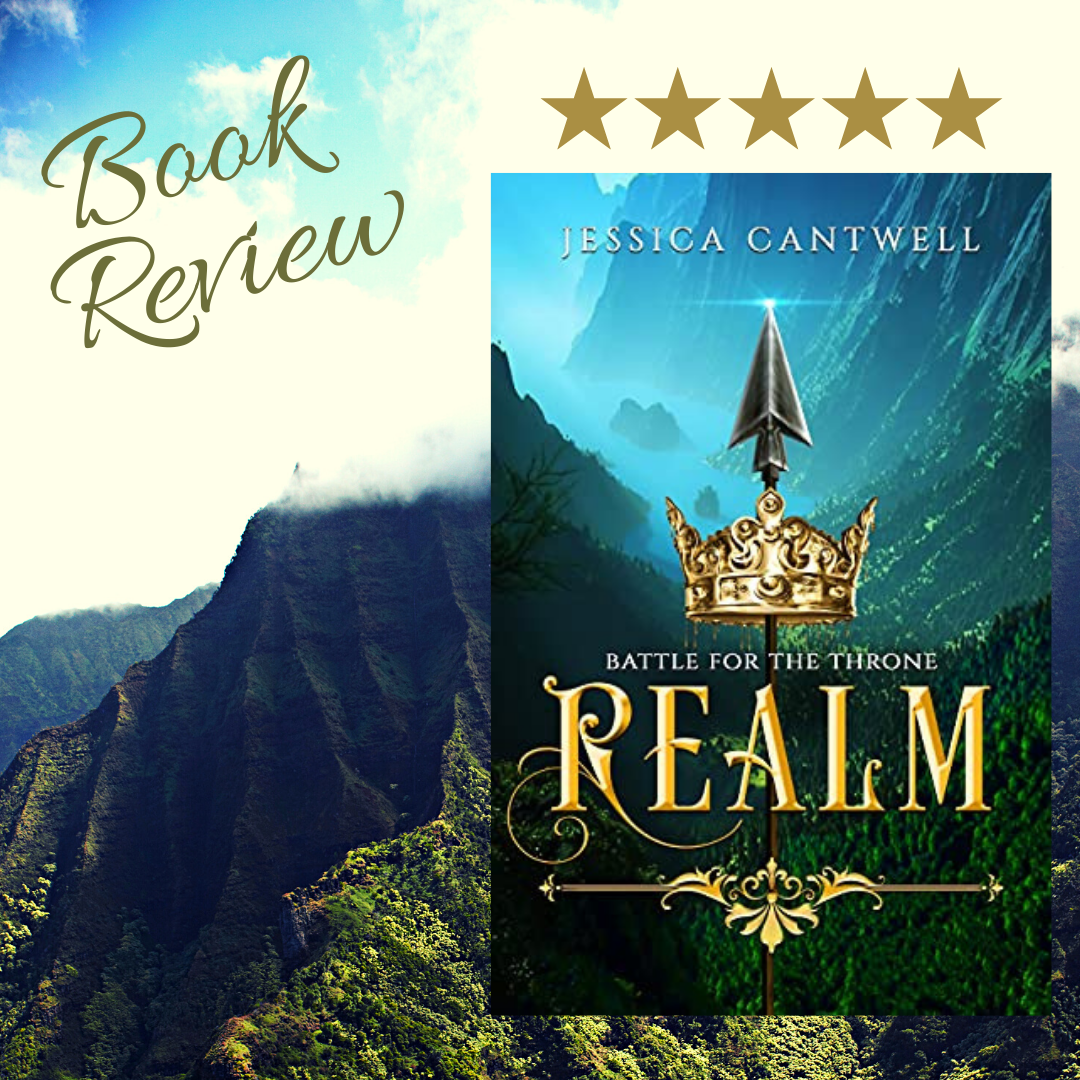 The author has mastered the art of adding relevant, new characters as the story moves along. Throughout the series I have noted this practice. Each sub-character is strategically placed, never superfluous. Pay attention. It’s worth it.

Note, the author also managed to successfully mix some “magical being tropes” together. Intriguing! Ultimately, it worked. I thought about this after I finished the book and realized if Realm was this huge world reflecting (in a way) the Earth and lands / people we know, why couldn’t Realm be made up of wildly diverse magical practitioners? This is part of Cantwell’s magic as a writer. She’s not afraid to run with the possibilities.

Something I loved about the series: Cantwell is not afraid to create her own mythological beings and put them right up there by well-known beasts from classic mythology. This practice is one of the first things I noticed in book one of the Realm Saga. Cantwell continues in book three. Her creativity in dreaming up and describing the Octopus-women and the Spider-moths was at full power in Battle for the Throne. The Octopus-women in particular gave me the heebie-jeebies. Well done, author!

The ending: I don’t provide spoilers in my reviews, but if you have read book one and book two, you know about Lily’s two love interests, Tracy and Blaze. Some readers will love the ending of book three; some will not. This is a fair statement since the author created this “problem” for her main character early on in book one, while crafting the story in such a way that it’s impossible not to have a favorite. Cantwell twists Lily – and the reader – through many trials throughout the Realm series as Lily tries to choose and we the readers try to guess which man will win her heart.

We knew one of these three possible endings were likely: Team Tracy’s victory, Team Blaze’s triumph, or that Lily would choose neither no matter how much she loved both men. While I will not reveal the answer, I will tell you that this reader was surprised with what happened at the end of the chapter titled: Full Circle.

Now that I have read all three books in the Realm Saga, I can say if you enjoy reading young adult fantasy and adventure; if you love exploring complex, magical worlds; and if you appreciate traditional themes of mythology – but are also open to new beasts – this trilogy is for you!