⭐ ⭐ ⭐ ⭐ ⭐ Stars to Cayman Island, by Jennifer Brasington-Crowley! Note, the author’s third book in the series (Nightingale) is now available – this a perfect time to read the trilogy! 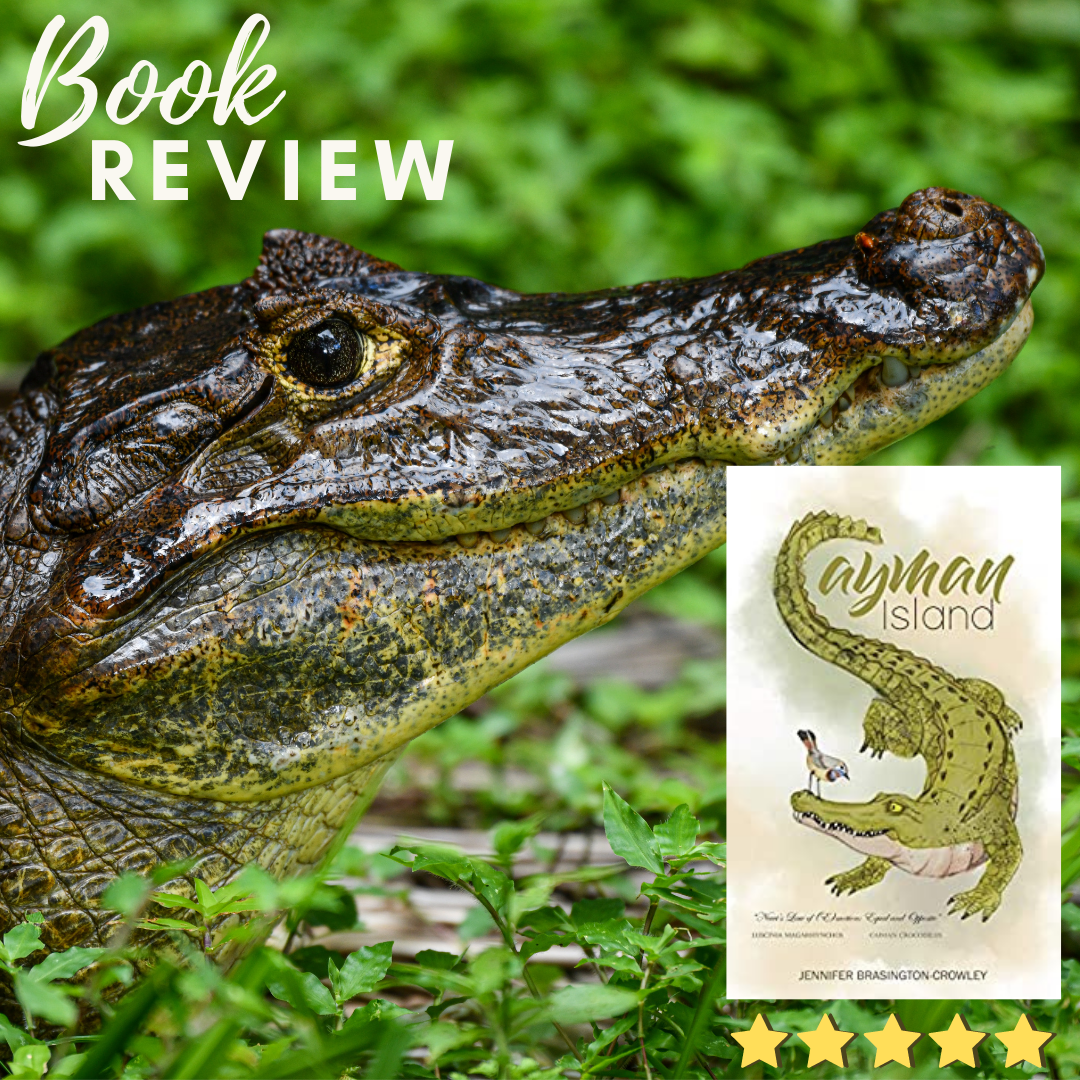 I’m going to start this review (my opinion) of Jennifer Brasington-Crowley’s novel Cayman Island, the second book in her Stillwaters Series, with a fact: This is the fifth book I’ve read by this author.

Why am I telling you this? Simply put: I keep coming back to Brasington-Crowley’s body of work because I am awed by how she pulls me in every time – I cannot avoid feeling *things* so deeply right alongside her main characters. Whether it’s heartache (and she does not limit that to the romantic kind), or relief, or joy, or just plain funny (I have laughed out loud more than once), the author has figured out how make her words slip off the page and into your heart and soul.

Cayman Island picks up in the years following book one in the Stillwaters Series. However, I agree with the author’s assertion that her books – like Cayman Island – can be read as a stand-alone novel.

Main character Cayman Stillwater continues to wade through the aftermath of losing her soulmate, Jonathan Sharpe. And, let me tell you, the words, thoughts, and scenarios swirling around inside Cayman’s head as she grieves – and doesn’t try to move on – will haunt you. Multiple times during this book I stopped and marveled at the physical reaction I had to Cayman’s “processing.” Author Brasington-Crowley’s writing allows you to feel the hard parts. And she shows you, through Cayman, how some people create their own realities to help them cope with deep loss.

Early on in this book, Cayman reviews a sketch Jonathan drew of her. In her eyes, he penciled in a portrait of himself as a reflection. Brasington-Crowley writes of Cayman: “She imagined herself now, with Jonathan in her eyes, living in her memory, looking out at the world through her irises.”

It’s beautiful passages and lines like this that also keep me coming back to the author’s work. Even when the topic is sad, she weaves beauty everywhere. Sometimes it’s only a hint but look for it when you read her books. It is there. If you miss it, you weren’t ready for it.

In Cayman Island we also meet Cayman’s brother, Alistair – a character introduced as the brother back in the U.S. while Cayman was abroad in book one of the series, Stillwaters. In Cayman Island, Alistair is on the page in all the right ways, providing love, support, and a bunch of comic relief without being ridiculous. You can’t help but like him, even when he says those things brothers should *never* say. And even with this secondary character, Brasington-Crowley takes the time to help you form an image of him through a fun dichotomy: He’s snarky and plays in a hard rock band, but he’s also a kind nurse in a nursing home. He’s a father and maybe a bit of a rogue. He’s loving and supportive, but willing to take Cayman to task. He’s not afraid to throw a punch if his sister is in (perceived) danger, but he’s not a violent man.

The “sleeper hit” character of this book is Jay Nightingale – the sober alcoholic who is tapped to keep an eye on Cayman when she’s out one night. And although I thought this new possible love interest for Cayman seemed nice enough, I didn’t see his “wow factor” coming. Another one of the author’s brilliant talents: She catches us off guard, allowing her characters to sneak into corners of our hearts when we’re not expecting it. Jay, a sweet and thoughtful strawberry-farmer, almost seemed too good to be true. But like everyone, Jay has his own share of past demons. The character who seemed so unrippled on the surface had a lot of crashing waves deep down inside.

The supernatural element of this story – Cayman “senses” and sees her late Jonathan in Jay – is a unique storyline. I don’t do spoilers, so I’ll stop here, but it is unusual and intriguing. (When I told my husband about it, he said: Wow, that’s a storyline I’ve never heard before!) Brasington-Crowley’s imagination is intricate and limitless.

The ending of Cayman Island is oh-so-satisfying. Even now as I write this review and think about it, I have goosebumps. It really was that good. I’m even more over-the-moon because Brasington-Crowley just released book three in the series: Nightingale. I cannot wait to find out what happens next to Cayman.

If you are a fan of authors like Juliet Blackwell (esp. The Vineyards of Champagne) or Menna van Praag (esp. The House at the End of Hope Street), you will enjoy slipping into the Stillwaters Series by Jennifer Brasington-Crowley and bringing Cayman’s story straight into your soul.