Divine Guidance grabs you and does not let go!

It’s been a long time since a book kept me up and reading past midnight. I just could not put down Shari T. Mitchell’s Divine Guidance. (Amazon link to the book.)

Let me be frank: Mitchell crafted a story that scared the bejesus out of me – and it wasn’t the paranormal aspects of the story making my heart race! The murders and attempted murders happening around main character Marnie Reilly made me jittery. With ingredients like an abusive ex-boyfriend, a wild ice storm closing the roads, and a stalker-murderer running loose, you certainly have a recipe for a solid creep fest!

But the author doesn’t rely on bumps in the night to create a compelling tale. She’s also written a sound mystery-thriller with a flawed main character, who despite her rough edges, is good and kind at heart. She’s also believable. 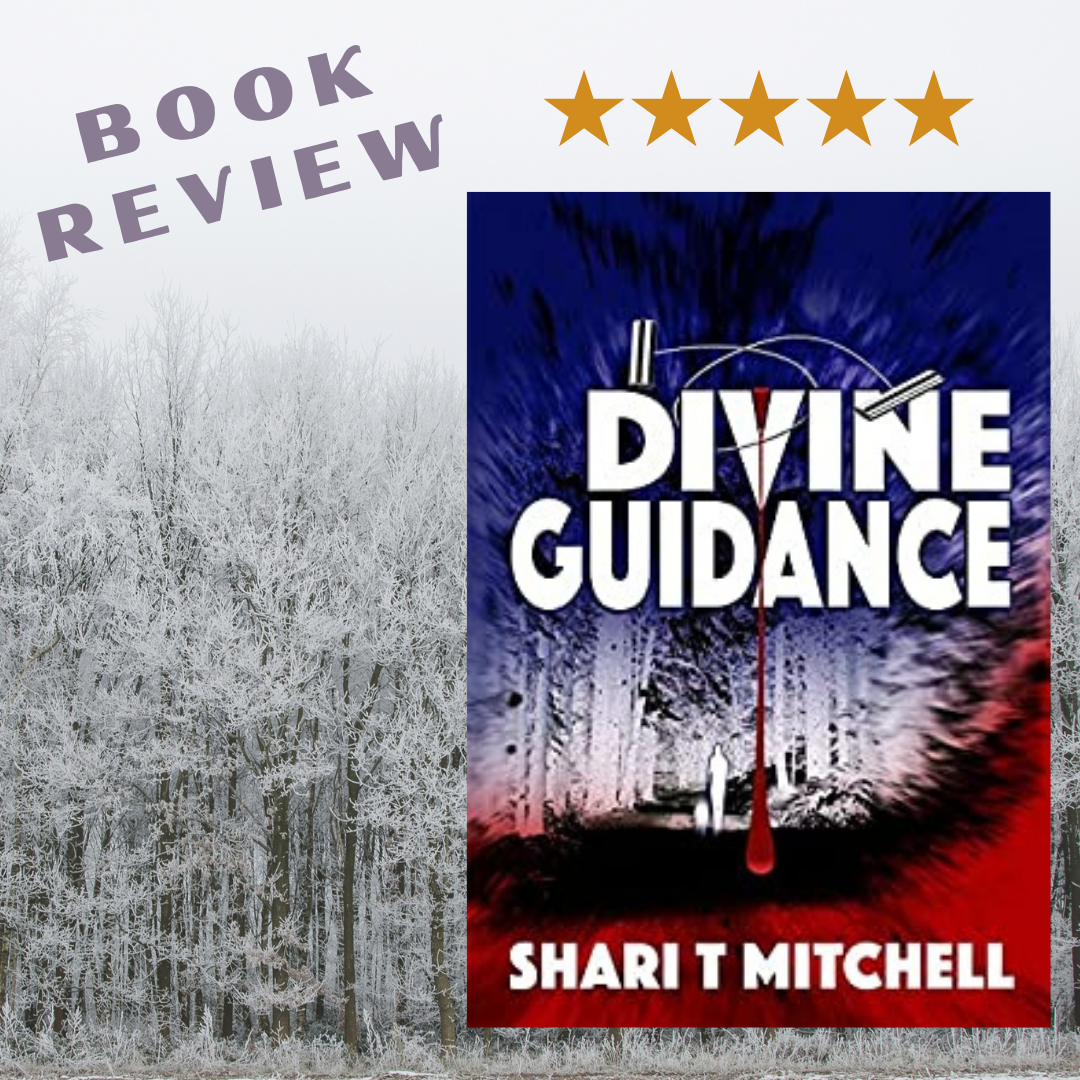 We meet Marnie in an off-beat setting right before she tips the apple cart – angering her “peers” while taking the high road. From the get-go we understand that Marnie is not only tough, but also willing to do the hard things. And yet, she’s not this larger-than-life superwoman we can’t imagine as being real. She’s experienced significant loss and struggled with a frightening past (abusive relationship revealed in memories / current discussions). She’s human.

While the paranormal is present in this story, the mundane is what takes center stage. Imagine this: You are trapped at home with a maniac running rampant – but the ice storm prevents help from coming to you. At first the reader thinks: thank goodness police officers are stuck at Marnie’s house, too.

Then more attacks come. When the police are with you and you’re still in danger, how can it get any worse? The level of suspense the author creates during several scenes when you know the killer is watching them – and the characters know too! – is through the roof. I do not know how the author managed to sustain a level of constant unease, but she nailed it. I had to keep reading.

The author moves the drama from one place to another while keeping the tension high. There was literally one scene at Detective Gregg’s house that scared me because the buildup to the scene was so well done that when it came, I was wishing it wasn’t dark outside. (I was also glad I didn’t have an attic!)

Author Mitchell also brought in some complex relationships. Early on Marnie calls another character a charlatan – a “soul-sucking trickster” and the reader would agree. And yet this character displays a completely different side, helping Marnie when she’s in danger. This “relationship” of sorts has many layers, and it was intriguing to sort out what the current status between Marnie and this other really meant. There is a scene in Marnie’s home that involves a pipe (tobacco pipe). These little touches keep the reader wondering who was who and who was friend or foe.

As a reader, I want to know more about The Collective. Marnie has clearly angered this group of psychics and they have some power – but how much of it is real and how much of it depends on the fragility of the mind of their target? This could be why Marnie is wary but not openly fearful of this group. I hope to learn more in the follow-up to “Divine Guidance.”

With all the “normal” drama, there is a paranormal element, of course. For me it wasn’t the biggest part of the plotline but added to it. And a reminder: while it might be useful to learn from the dead (ghosts), it’s not always a happy experience.

Lastly, the supportive cast of characters around Marnie – her lovable dog Tater, the police, the detective, and her friends – certainly round out the story. There are a couple of big surprises at the end that beg the questions: In the circle of family and friends, who can you trust? Who is lying and who is dangerous?