🔥Thank you to author Brook Peterson for her awesome 5-star review of Crossing the Witchline AND for discussing the second book in the Bellerose Witchline series on the Clued In Mystery podcast she cohosts with author Sarah M. Stephen. 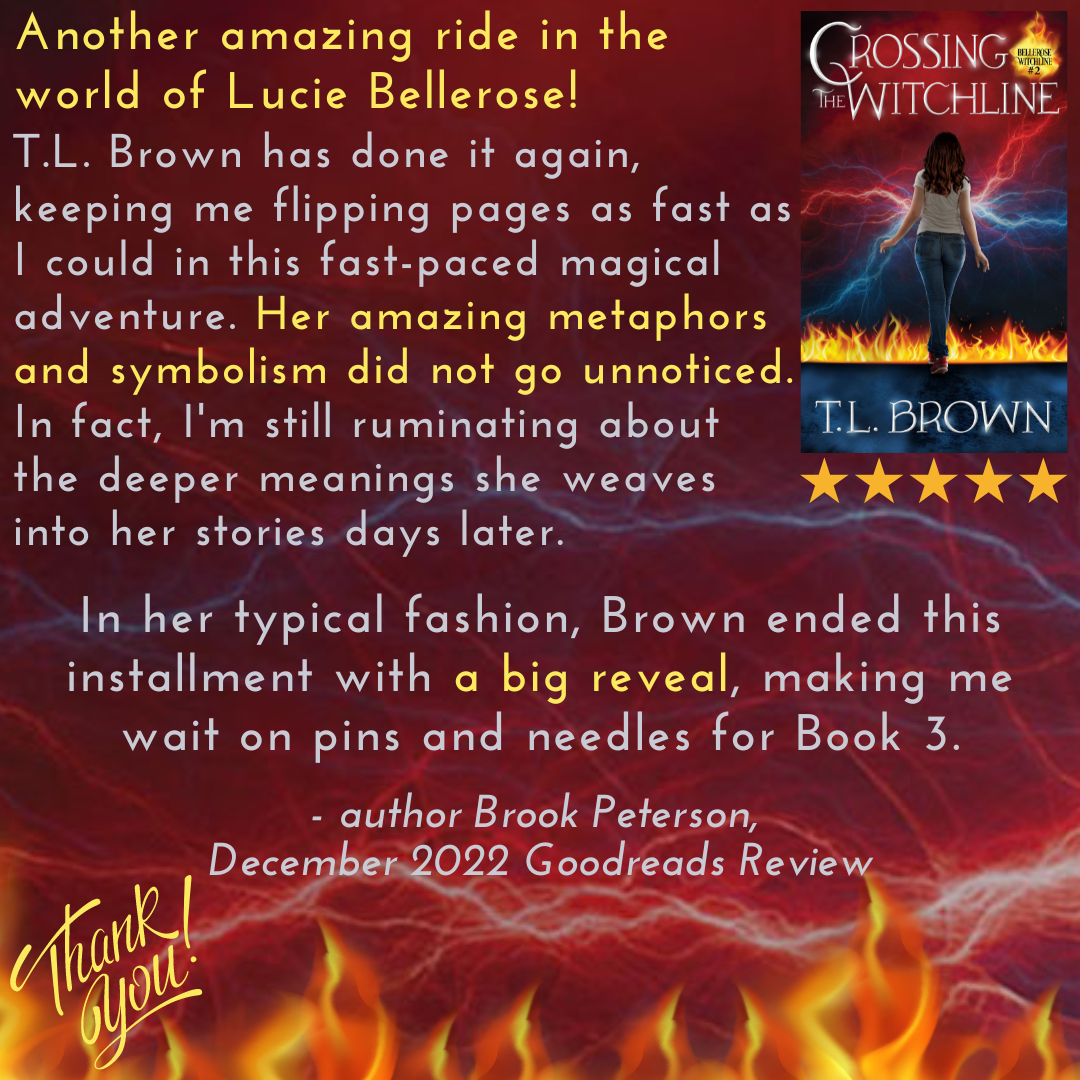 Brook writes: Another amazing ride in the world of Lucie Bellerose! – T.L. Brown has done it again, keeping me flipping pages as fast as I could in this fast-paced magical adventure. Her amazing metaphors and symbolism did not go unnoticed. In fact, I’m still ruminating about the deeper meanings she weaves into her stories days later.

In her typical fashion, Brown ended this installment with a big reveal, making me wait on pins and needles for Book 3.

♥ Brook, I’m honored you put the spotlight on Crossing the Witchline! Thank you for your amazing support! 😘 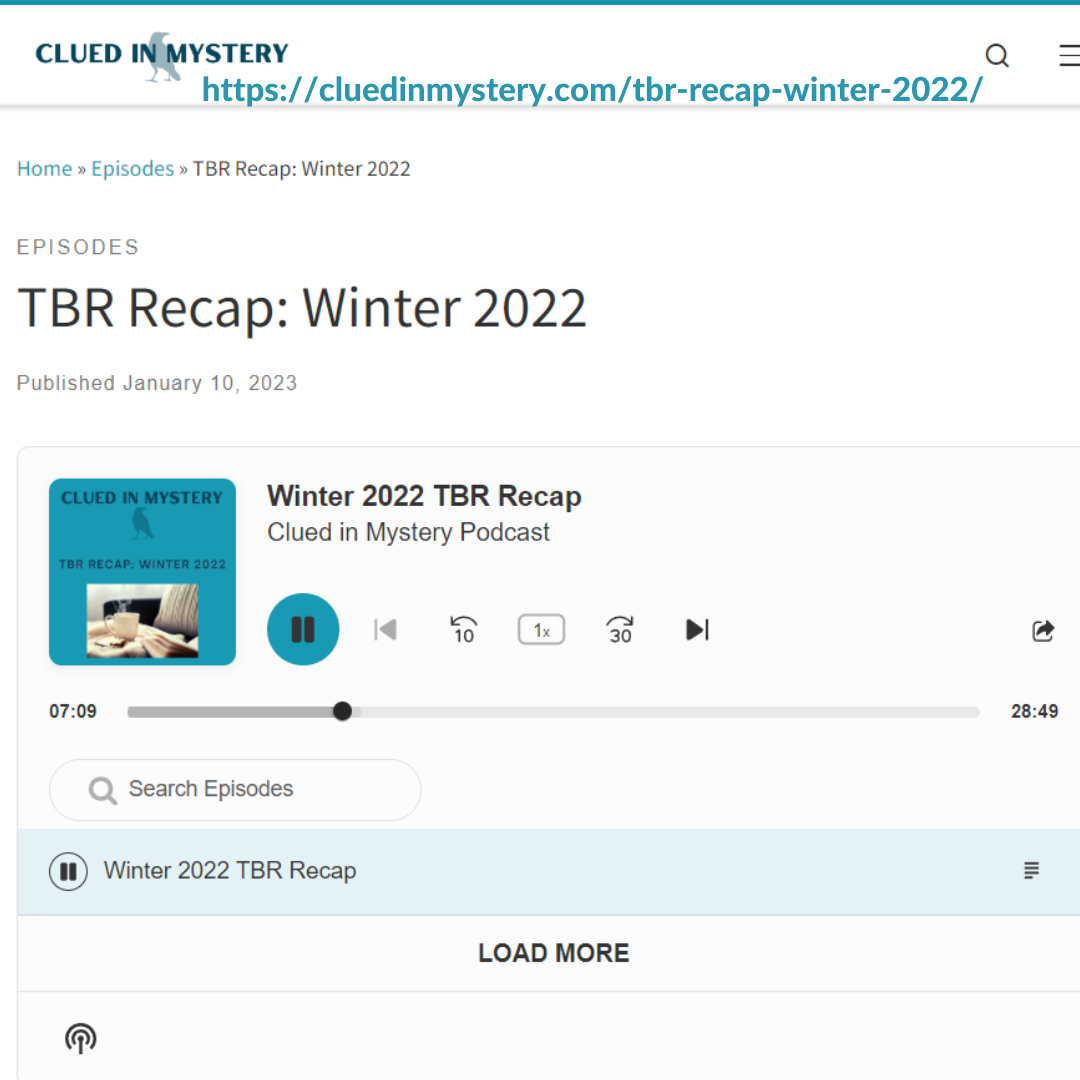 Brook: The next one that I will talk about is Crossing the Witchline and this is book two in the Bellerose Witchline series by T.L. Brown. And this was my “not a mystery per se” because it has mystery elements, but it’s not necessarily a murder mystery. And I’ll just quick note to remind our listeners that this is an 18 and up series, the Bellerose Witchline, because of adult situations and elements of horror. But this did not disappoint. I really am into this series which is a surprise because I don’t read a lot of fantasy. But, Brown does a really great job of bringing in a lot of metaphor and symbolism where she’s weaving in deeper meaning, and I really enjoy that. I actually found myself thinking about the book for days and days after you know and just kind of on a broad spectrum. It’s like a good and evil heaven and hell. And how you know you kind of need both good and bad to balance out. Not only the world but your life and she just has a lot of deeper meanings that I love but there is a dangerous love triangle. And the main character’s reputation is on the line. There’s a lot at stake. So, it’s just it’s a great story. It’s a little steamy. So if you’re not someone who wants to do steam just beware. But I love these characters and what makes it really fun is that Brown’s first series is more I would say a paranormal cozy so it’s lighthearted. It’s appropriate for all ages and she has crossover characters. So, in this series, some of her characters from her lighthearted cozy show up and vice versa. So, I’ve just really enjoyed that it makes the whole world seem really real and I’m looking forward to the next book which I think is going to be out in 2023.

Sarah: Oh that sounds that sounds really good. And I love it when a book stays with me for a while. I think that is a mark of something that’s been done really, really well.

Brook: Yeah, and I kind of forgot to mention that the mystery comes in in this, it’s a prophecy that the main characters are trying to figure out. It’s a written prophecy, so you kind of have that treasure hunt element and that’s where the mystery really comes in. So yeah. It’s well done.

You can listen to the full podcast here: https://cluedinmystery.com/tbr-recap-winter-2022/

Crossing the Witchline, by T.L. Brown