As a reader, I like to live inside a character’s head. I often read books that work from one point of view, so it’s usually the main character I’m “pretending to be.” As a writer, I want to create characters readers love – or love to hate.

When I read, as much as I might like (or not) the plot, if the characters aren’t doing it for me, the book isn’t either. In fact, as a reader, I’m often more interested in the characters than the plot. What does that mean? It means that I’m more forgiving of a plot that could be better versus weak, annoying, or “too stupid to live” characters. (I borrowed the “too stupid to live” description from a writer in a local writers group.)

Of course when an author creates both dynamic characters AND a plot that keeps you on the edge of your seat, it’s the jackpot. I thought about the late author Sue Grafton the other day. Not only did she developed a compelling protagonist (Kinsey Millhone), but her books have intricately designed plotlines that steal you from the present and thrust you right into Kinsey’s mind. And here’s the catch: I don’t want to be Kinsey! Life isn’t all sugar and sunshine. But Grafton crafted the character in such a way that you think she’s real, that you might even know her. You just don’t want to be her. 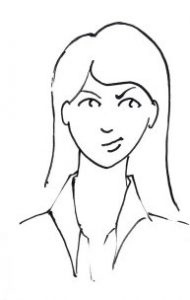 I’ve read other novels with great characters and silly plotlines. Sometimes I like the characters so much, I’ll overlook the ridiculous situations they’re in. Hey, I’ve had friends who participated in shades of crazy, but at the end of the day, I still loved them.

When I write, my characters get a lot of my attention. While my plot has already been outlined, I let their personalities, tendencies, faults, and honest reactions decide how they are going to get from point A to B to C – and so on. If an action doesn’t fit, my character’s not going to do it. And I’ll admit it: I’m obsessed with a few of my characters. I look for them when I’m out in the world. What if Emily was sitting at SPoT? What if I caught a glimpse of Templeton at Barnes & Noble? And, is that Rabbit? 😉

So what about YOU?

As a reader, is it the plot or the characters that make or break a book for you? How about as a writer? Is it your story or the people playing it out?

Or are they – the characters and the plot – on equal ground?

Note to blog visitor: The original post appeared first in 2012 on my previous blogsite, Write On! It has since been updated.

🎉 Guess what today is? *rubs hands together* It