It’s day 12 of the #TopsyTurvyBookTour over on Instagram! Yesterday Emily received a bittersweet surprise in Romeo and Juliet. Today Templeton finds himself swept into Bram Stoker’s Gothic horror, Dracula. Here we go…

(This is a derivative work based on Bram Stoker’s original novel.)

But as his fingers caught the back of her red cape, he was swept up from the forest and dumped into a dimly lit bedroom. Lucie was gone and the air around him was chilled. It was night. Templeton climbed to his feet, his footsteps echoing as he crossed to check the room’s door. Locked. He sensed the spell binding it would prevent him from door traveling out of this story.

Templeton studied the room, noting the narrow bed, the cracked pitcher and bowl setting on the nightstand at its side. A writing desk sat under the window. On it, an open book. Squinting in the low light, he determined it was a journal, the slanted words written fitfully across the page: prisoner, sanity, animal, and ecstasy amongst the scrawl.

He bent through the window, stretching into the stillness. Outside the moon rose full in the sky casting a pale glow across the black expanse. 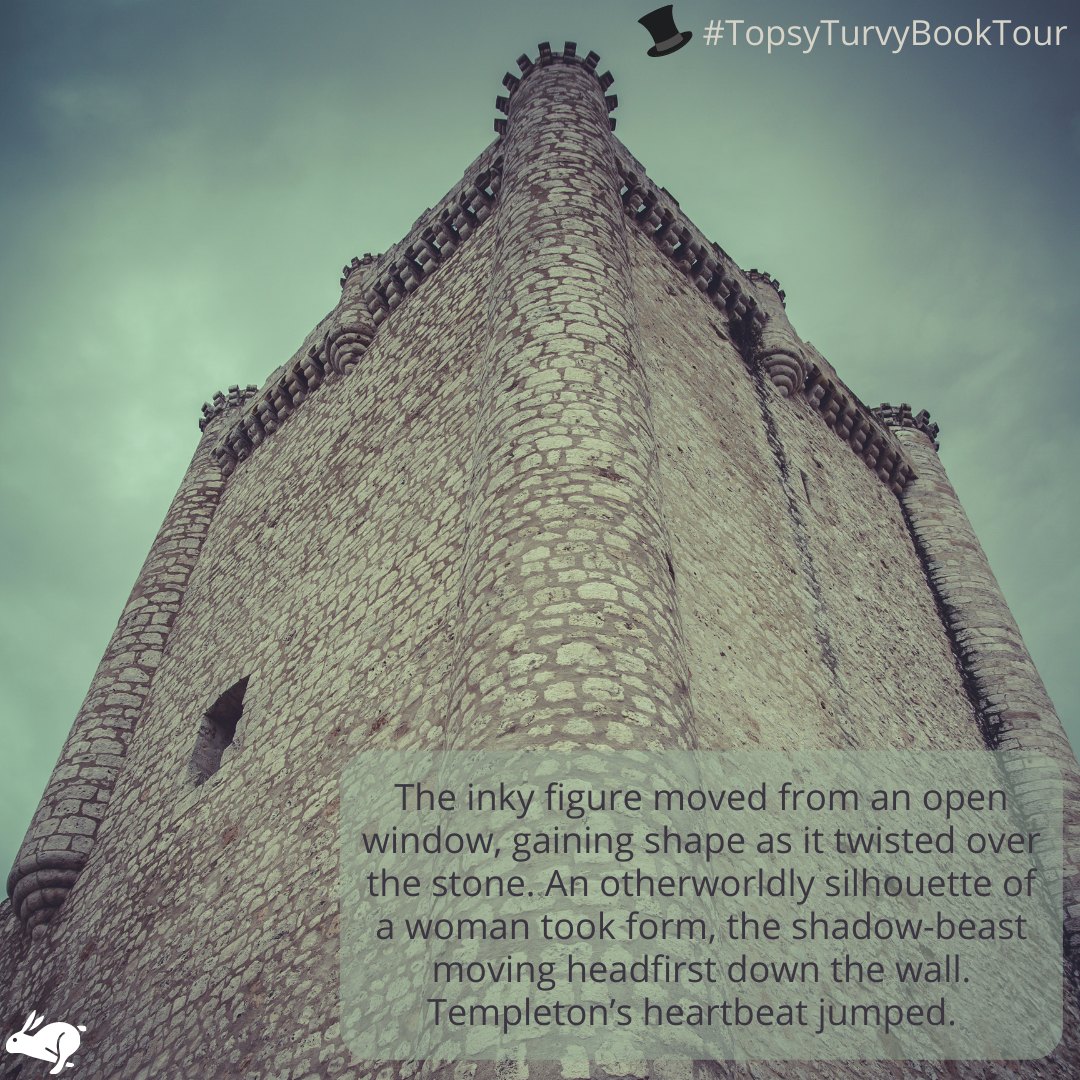 A shadow sliding low on the castle wall at least one story lower and a bit to the left drew his attention. The inky figure moved from an open window, gaining shape as it twisted over the stone. An otherworldly silhouette of a woman took form, the shadow-beast moving headfirst down the wall. Templeton’s heartbeat jumped.

He abandoned the window, pressing his lips together and breathing in deep through his nose. He must escape this prison. Nisha would not ignore him. The creature fed on the magic of others.

Risking a small incantation –in this place uttering the words would be akin to spilling blood before hungry wolves– Templeton stood at the door and pressed his energy forward. He’d take his chances beyond his cell. Even if his ability to door travel out of this nightmare was blocked, there might be an opportunity to flee the castle on foot. If he stayed in this space, he’d certainly remain prey.

The old words he spit out at the door caused it to swing open. Templeton rushed into the darkness, beginning his search for escape…

Are you a writer? Please join us! Drop your characters into Bram Stoker’s Dracula and post it on Instagram! Use the hashtag #TopsyTurvyBookTour & tag hosts @saffron.amatti, @elenchase, and @writertracybrown so we can see your characters in this classic work!