It’s day 15 of the #RockTheTurvy writing challenge over on Instagram! Yesterday Emily Swift tried to cook dinner for her boyfriend Jack. Today Templeton and Lucie Bellerose watch the fireflies dance.

To the tune of: Magic Man, by Heart.

“Where are we heading?” Emily asked, climbing into the passenger seat.

“Here.” Tara leaned forward and handed over the #RockTheTurvy itinerary.

Emily scanned it. “Allegany State Park! We used to rent one of the little green cabins when I was a kid!” She grinned. “Brown’s being so nice to us this time around. This trip has been great.”

It was a clear night between the two rented cabins. The campfire snapped sparks up into the starry sky while Rabbit strummed a guitar. Emily and Tara made s’mores, filling a plate.

“My dad used to bring us here for a week every summer.” Emily was still walking down memory lane. “We’d cook out every night. Mom spent a lot of time painting, so dad and I…”

“It’s good for her,” Lucie whispered to Tara.

Lucie left the others, wandering and choosing an easy path through a stand of woods. At the other end, a large field glowed under a big moon. Templeton sat on the top of one of the many picnic tables dotting the park.

Taking a seat beside him, Lucie motioned across the field. “We don’t see many fireflies these days.” A few flashes lit up the field, but they were few. “I wish there were more.” 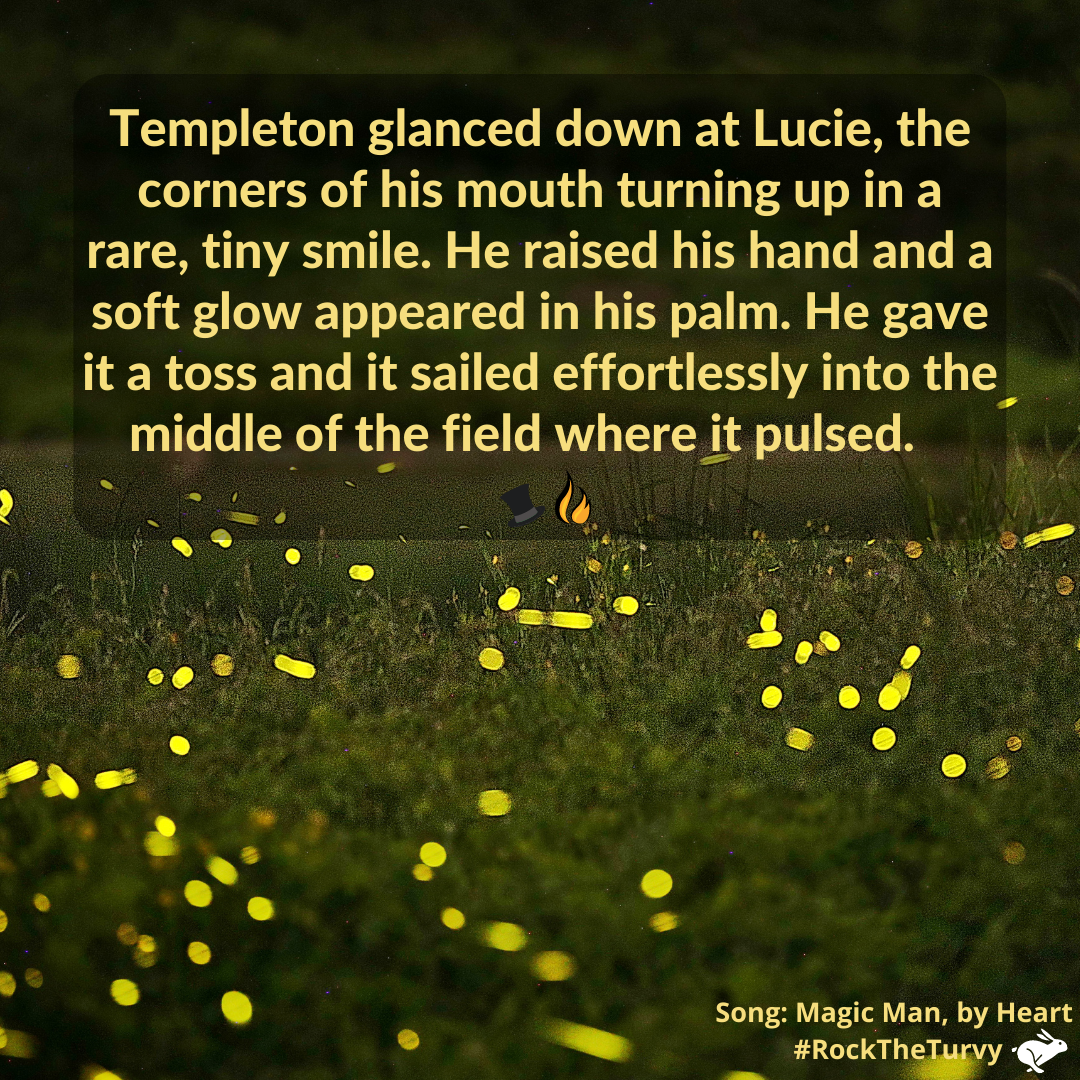 Templeton glanced down at Lucie, the corners of his mouth turning up in a rare, tiny smile. He raised his hand and a soft glow appeared in his palm. He gave it a toss and it sailed effortlessly into the middle of the field where it pulsed.

Fireflies floated closer, more appearing over the expanse as they poured in from the tree line. Flashes flickered over the field. Templeton snapped his fingers and a contingent of beetles formed a line, writing in the air. An ‘L’ suspended in front of them.

“Hey!” Tara called as she came up behind them. The fireflies scattered. “We’re going to see if we can sneak in a skinny dip. You want to come?”

…Tune in tomorrow as a little danger starts to trail the D2D crew! (BAM! That post is now available here!)

🎶 Listen to Magic Man by Heart on YouTube here: https://youtu.be/AZTo3iJng7U