It’s day 17 of the #TopsyTurvyTVTour over on Instagram! Yesterday Emily Swift and crew found themselves on a show about nothing. Today, we’re playing a little guitar in prep for some classic TV. Here we go…

(This is a derivative work based on the TV show The Munsters.)

Beyond the dressing rooms, someone practiced the same surf tune over and over.

Emily followed the sound until she found Rabbit playing a Fender Strat on the empty stage.

“What’s all this then?” she asked, hopping up on an extra stool and waving her hand.

“Live music as a part of today’s Topsy Turvy episode,” he explained.

She bobbed her head. “Cool – the music was the best part of that show.”

📺 COMMERCIAL BREAK: Do you like camp-filled Halloween fun? Then check out @thewickedwordie’s Skeleton Shenanigans on Instagram! AND make sure you hit up the link in her IG profile: She has a serial novel + short stories available via Kindle Vella! 📺

“Hey, I wanted to ask you about the casting director,” Emily began. “It seems like the person is never here. No one seems to know who it is.”

He shrugged. “Does it matter?”

Emily chewed on a thumbnail and eyeballed the dark audience. “I think it does. And it bothers me that Templeton’s not concerned.”

“I’ll see what I can find out.” Rabbit pulled out his phone and slid his thumb over the screen. “We’ll see what the network says, okay? In the meantime, don’t you need to put on a costume?” 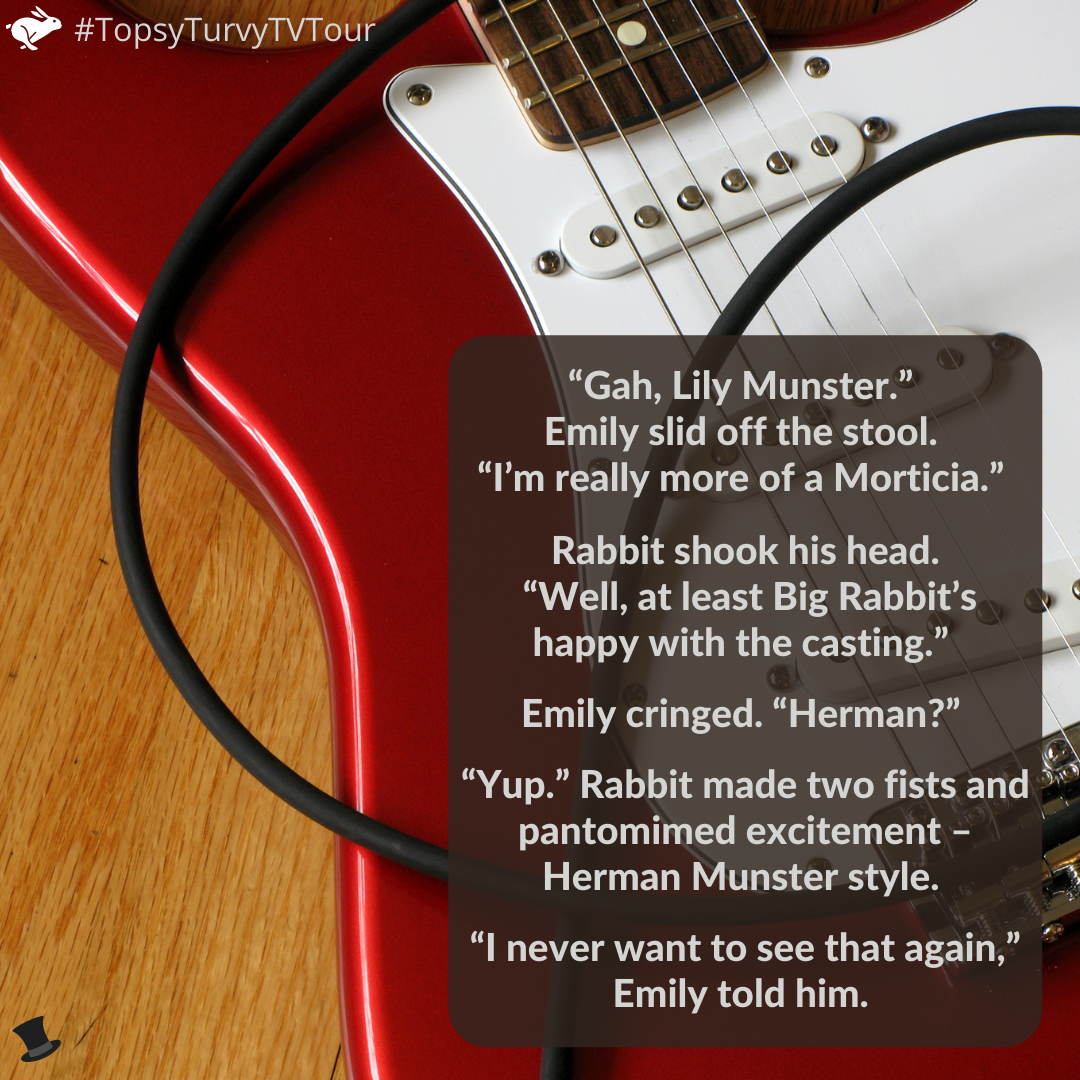 Rabbit shook his head. “Well, at least Big Rabbit’s happy with the casting.”

“I never want to see that again,” Emily told him.

Rabbit started to run through the show’s theme song once more. “You’ll see. It’ll be fun. It’s the episode where Herman becomes a professional wrestler.”

“Kill me now,” Emily groaned. She left Rabbit to play on the empty set. Before returning to her dressing room, she detoured off toward the casting director’s office. A bit of light escaped from under the door. She knocked, but no one answered. Silence. A moment later, the light went out.