It’s day 18 of the #TopsyTurvyBookTour over on Instagram! Yesterday Emily, Rabbit, and Templeton were on the streets of London. Today we’re doing something a little different. Instead of popping into Mary Shelley’s Frankenstein, we’re having some dessert in Mel Brooks’ classic movie: Young Frankenstein. Here we go…

(This is a derivative work based on the most excellent movie from Mel Brooks, Young Frankenstein.)

“Let’s get off the street.” Rabbit motioned to a set of theatre doors.

He held one open for Emily and she stepped through. Instead of a lobby, she stood in a candlelit dining room. A table was lavishly laid out with silver, linens, and fine China, but something was… off.

“All the color is gone,” Rabbit noted as he joined her. Templeton walked past and stood on the other side of the table. His long fingers slid over the top of one of the tall chairs surrounding the table. He cocked his head to the side as if he were listening for something in the distance.

“I don’t get it, but you know what? I see dessert and I’m starving.” Emily sat down in one of the chairs and began to add black and white cake to her plate.

Rabbit took a seat to her right. “I could eat.”

Templeton was wary, but he sat across from Emily. All three ate in silence as they eyeballed their surroundings.

Templeton’s fork stopped midway between his plate and his mouth. “I assume that means you like the Schwarzwälder Kirschtorte?” 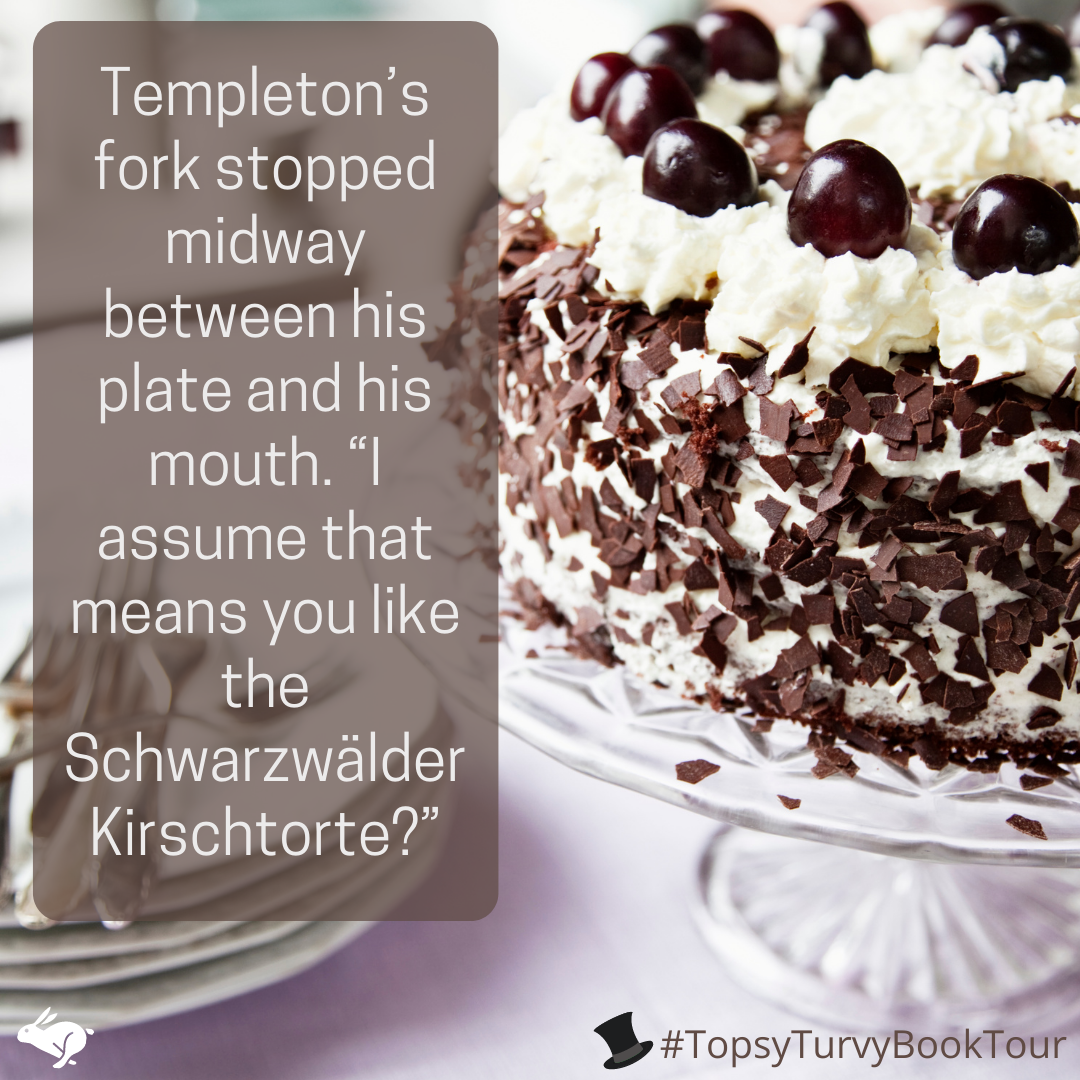 “Didn’t.” The two turned to Rabbit. He had a little blob of icing on his nose.

“I don’t make yummy sounds,” he told them.

“What. Was. That?” Emily said, dropping her fork and standing. This scene felt familiar – almost like something out of a movie she might’ve watched.

Templeton and Rabbit jumped to their feet. “THAT is our signal to run!” Templeton told them.

The three made a hasty exit out of the dining room, but not before Rabbit grabbed his plate – AND a second helping of Schwarzwälder Kirschtorte.