🗣️ It’s Day 2 of the #TopsyTurvyWhatsMyLine writing challenge! Yesterday Emily fainted and Templeton issued an order. 🙄 Today’s dialogue prompt is: “Who were you just talking to?” 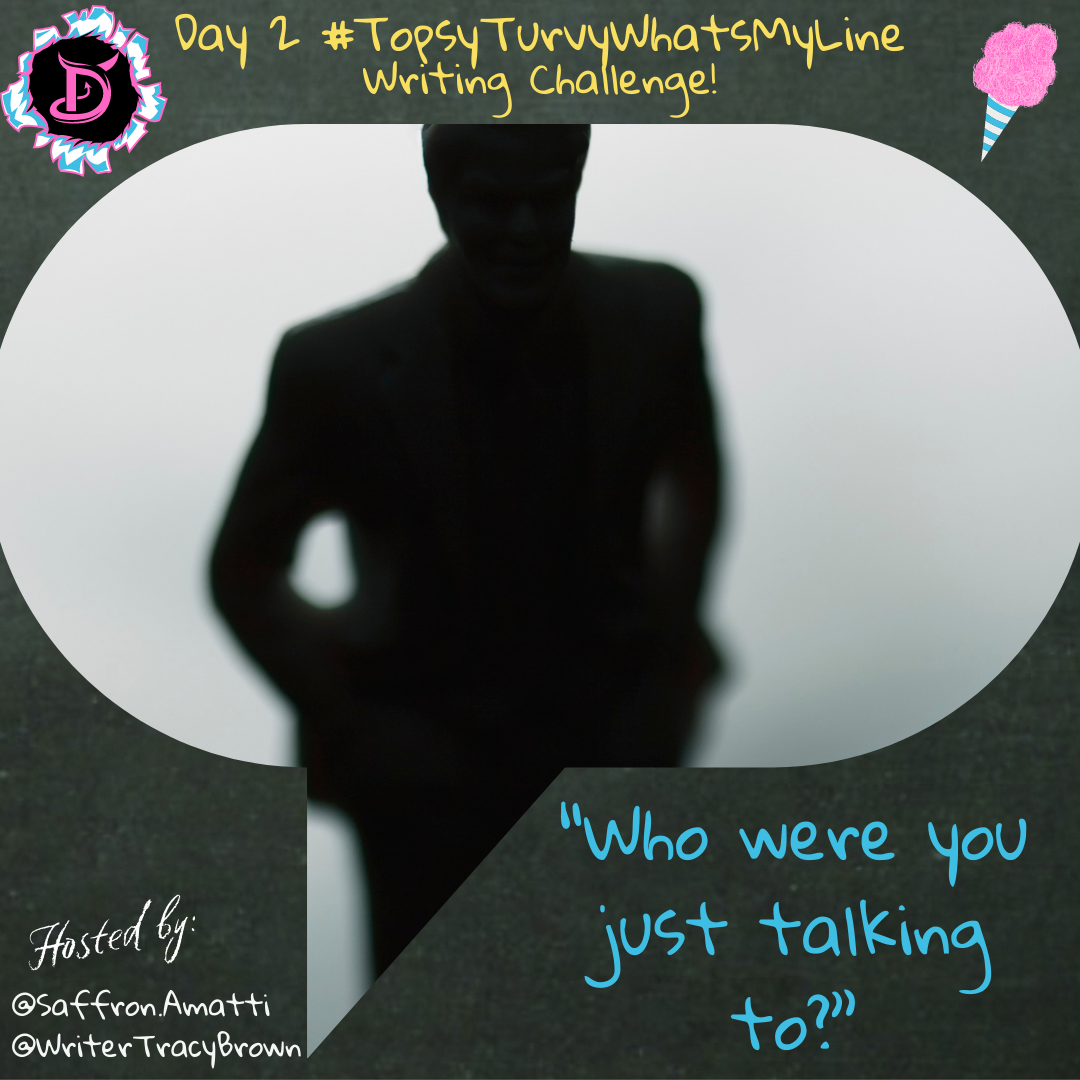 “Who were you just talking to?” Lucie asked as she caught up to Rabbit. Tara and Emily had taken off to look for cotton candy with Big Rabbit, and Templeton was nowhere to be found.

“Him?” Rabbit hooked a thumb over his shoulder. “My cousin. He’s working the carnival circuit.”

Lucie watched the man operate a ride called the scrambler. A bench full of unhappy faces blurred by. “That looks pukeable.”

“Wanna go on the Hell Hole?” Rabbit nodded to an enclosed ride in the opposite direction. “It spins and the floor drops out.”

“And you’re stuck to a slanted wall?”

“Yup. Centrifugal force for your pleasure,” Rabbit grinned. “Unless you want to go on the scrambler and revisit lunch? I saw you inhale that fried dough.”

She laughed. “I’ll try my luck with the Hell Hole.”

Two tickets later, they climbed the stairs leading into the ride, choosing a spot facing the operator in the middle of the circular room. Leaning against the angled walls, Lucie felt Rabbit’s fingers take her hand as the music rose to a deafening level. The ride began to spin.

The speed steadily increased, and they were plunged into darkness save for a row of LED lights ringing the room at the floor. Lucie watched the bright line at her feet drop while the force from the furious rotation pinned her to the wall. Strobe lights kicked on and between the screeching death metal filling her ears, the sharp flashes blinding her, and the pressure of her body against the wall at her back, she felt suspended between worlds.

Rabbit no longer held her hand. She searched with her fingers, but he wasn’t to be found. Her eyes darted to the center of the ride where a towering shadow stood by the operator. She squinted under the pulsing light but couldn’t make out the other man’s features. The music faded into the background and cries of ‘light-light-light’ rose above the music. Rattled, Lucie screwed her eyes shut.

As the spinning slowed and the floor rose, Lucie realized Rabbit still held her hand. The operator announced the end of the ride as the floor met the soles of their shoes. Lucie glanced toward the man who operated the ride.

This mini challenge runs from June 21 – 27! Stay tuned as tomorrow the dialogue prompt is: “Is he dead?” (That post is now available! Click here!)

That’s okay! I’ll be sharing my Instagram posts daily here on my blogsite AND daily on Facebook at Writer Tracy Brown so you can read them there, too. Make sure you check for a new story every day from June 21st through June 27th!

What’s This Mean for Door to Door & Bellerose Witchline Characters?

I’ll be dropping Emily Swift, Lucie Bellerose, Templeton, Rabbit, Tara, and the rest of the crazy crew into a story matching the dialogue “prompt of the day” from the challenge.