It’s day 21 of the #RockTheTurvy writing challenge over on Instagram! Yesterday Lucie’s car slid off the road – and she was rescued “just in time.” Today Rabbit’s back at the wheel, and he and Lucie are driving through the night.

To the tune of: Wagon Wheel, by Old Crow Medicine Show.

At midnight, Lucie thanked the surly man driving the van for delivering her to Rabbit where he waited at the border separating the Empire from New York State.

Rabbit was driving a beat-up 1979 Ford F-150 pickup. Lucie climbed up into the truck and settled on the passenger side of the bench seat. She looked around for a seat belt. Raising an eyebrow, she turned to Rabbit.

“Beggars can’t be choosers,” he told her.

Lucie adjusted the heat vent, holding her hand in front of it. Cold air drizzled out.

Rabbit cleared his throat. “About that,” he began.

“You might want to slide over.” He motioned to the ceiling along the passenger window. “There’s a leak.”

“You’re killing me, Rabbit,” Lucie said, sliding toward him. She eyeballed the hurst shifter jutting up from the floor. Blowing out a breath, she lifted her left leg, swinging it to the other side of the stick. Her leg pressed against Rabbit’s.

Rabbit stared at the ball at the top of the stick shift. He gave his head a shake before reaching over and shifting into first.

Lucie fiddled with the radio. Nothing but static except for a station playing folk music. ‘Wagon Wheel’ sang sweetly from the speakers.

She hummed along, relaxing. She sang a verse softly, tilting her head and resting against Rabbit’s shoulder. 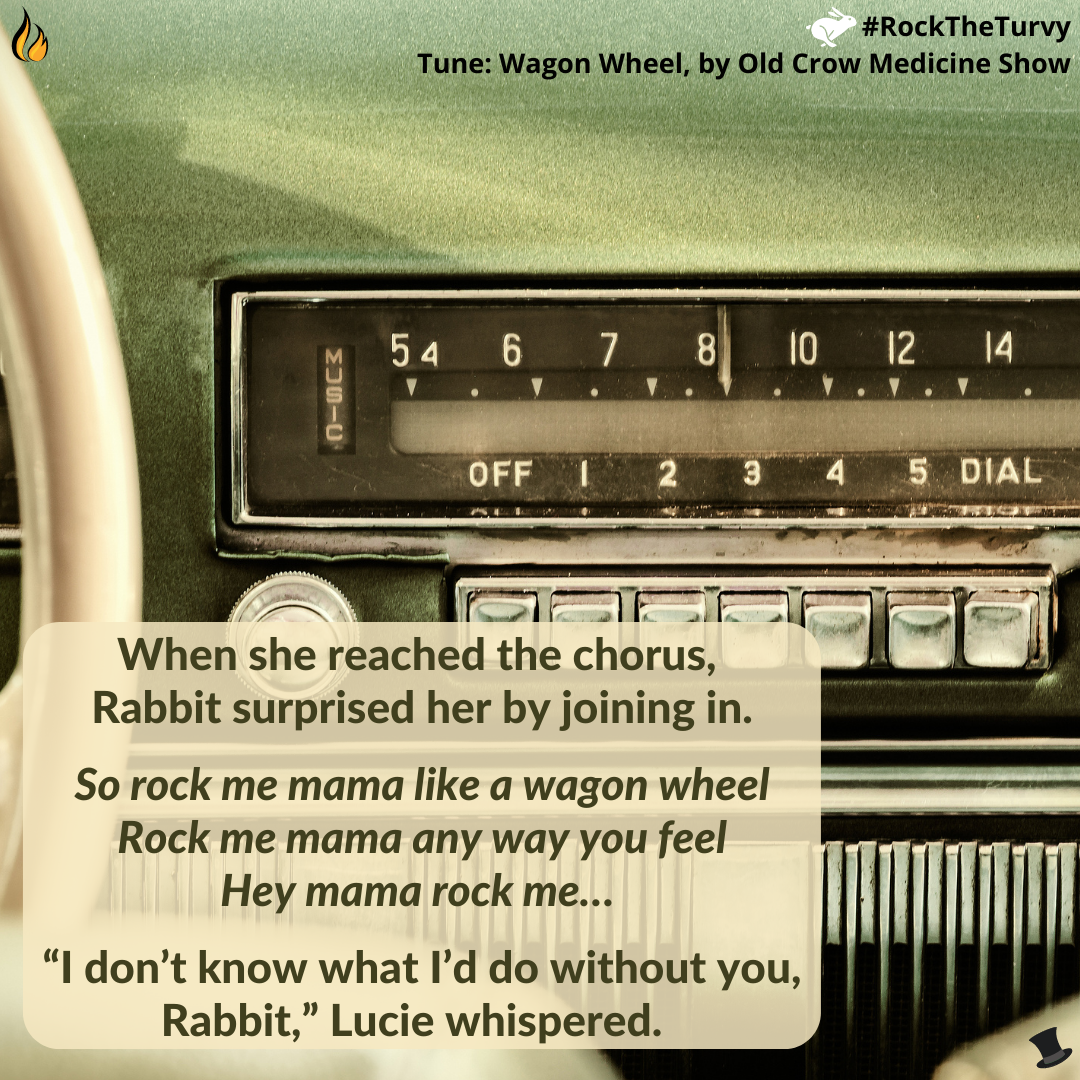 When she reached the chorus, Rabbit surprised her by joining in.

“I don’t know what I’d do without you, Rabbit,” Lucie whispered.

His hand glided from the stick shift and landed on her knee. He gave it a tender squeeze, then moved his hand up to the steering wheel. “I’m not going anywhere, Lucie.”

The song ended and all they could hear was the static that overtook the station.

“Where are we heading?” Lucie asked, closing her eyes.

Tune in tomorrow as there’s a house party at Emily’s… and we’re just in time for the clean up! (Find that post here!)