It’s day 22 of the #TopsyTurvyTVTour over on Instagram! Yesterday Lucie Bellerose, Emily Swift, and Tara Parker-Jones took Rabbit’s car for a spin. Today Tara talks to a familiar ghost. Here we go…

(This is a derivative work based on the TV program Ghost Whisperer.)

“Are there ghosts in the Empire?” Tara asked as she walked beside Rabbit.

Today’s scene would be filmed in downtown Matar. Tara was playing a ghost on a city street. Her job was to follow Emily and ask for her help in relaying a message to a loved one. The script was a bit ho-hum, but Tara thought she could put her own spin on the role.

“There are ghosts everywhere,” Rabbit replied. “Here. Step up.” He held out a hand and assisted Tara as she climbed onto an Empire mailbox.

“This is dumb. So, I’m to sit here unnoticed until Emily walks by?” Tara scooted up on the domed top of the mailbox.

“I didn’t write it,” Rabbit answered. “They’re going to start shooting. When Emily passes you, slide off and follow her. You know your lines?”

📺 COMMERCIAL BREAK: Ready to listen to some restless spirits while investigating crimes? Then get to know Lucas, Clara, and Tommy in The Lucas Rathbone Mysteries by Saffron Amatti! 📺

“This is so stupid,” Tara muttered.

“I’ll say,” said the woman appearing next to her. She leaned against the mailbox and scowled up at Tara. “I can’t believe all of you are falling for this.” 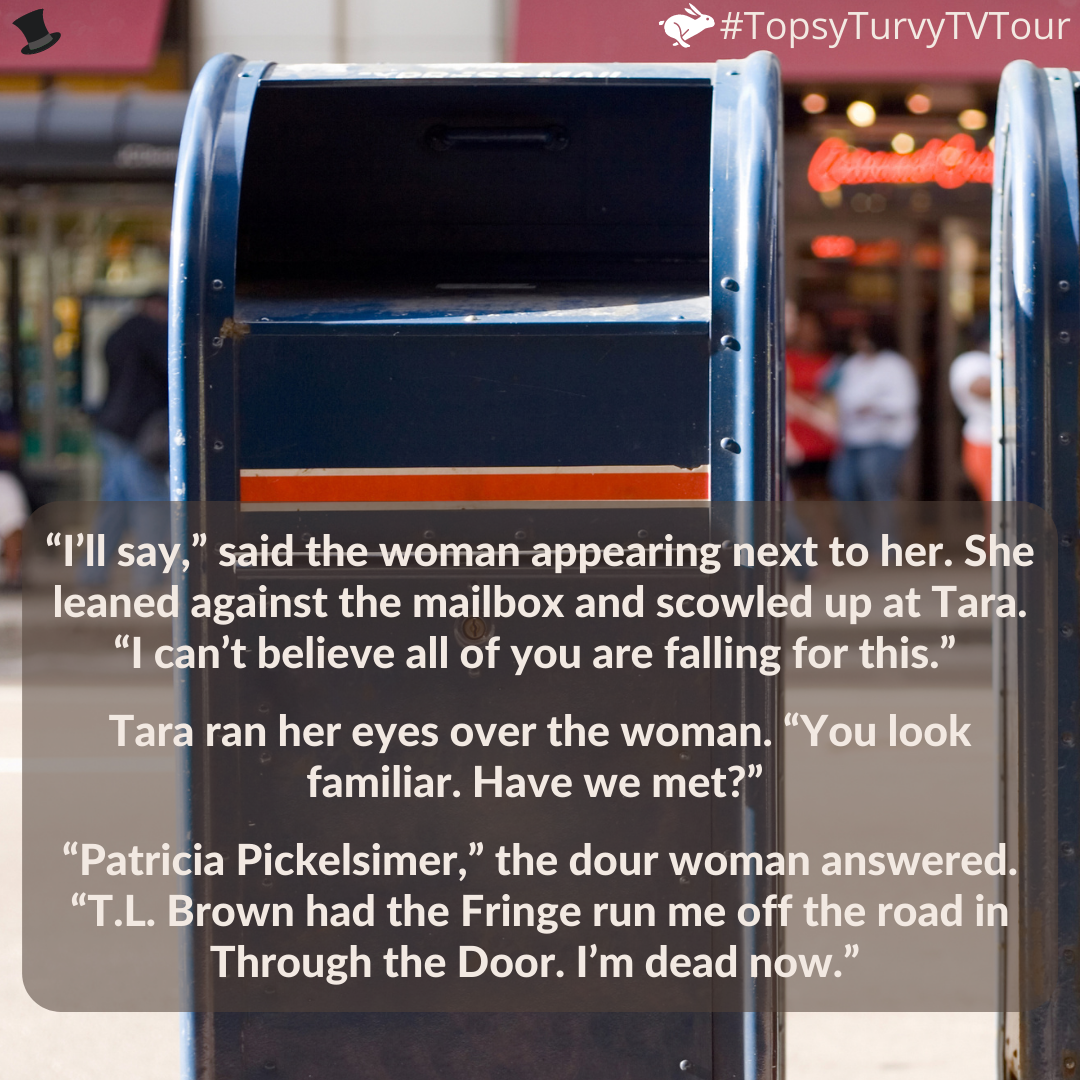 Tara ran her eyes over the woman. “You look familiar. Have we met?”

“Patricia Pickelsimer,” the dour woman answered. “T.L. Brown had the Fringe run me off the road in Through the Door. I’m dead now.”

“Right. What are you doing here?” Tara asked.

“Watching, listening. Mostly I’m curious to learn who bites it in Doors Wide Open. I mean first there was Elsa Haus, then me. Who’s the housekeeper now?”

“No idea,” Tara shrugged. “But you Blackstone housekeepers are like the red shirts of the D2D series.”

“Tell me about it.” Patricia looked around. “Well, I must go. Tell Mr. Blackstone hello. Tell the new housekeeper to watch her back.”

“Will do.” Tara watched the woman fade away into the ether. I guess there really are ghosts in the Empire, she thought. But what did Patricia mean by ‘I can’t believe all of you are falling for this’?

… Tune in tomorrow as Emily takes an issue with being typecast. (Post is now available! Click here!)