It’s day 25 of the #TopsyTurvyTVTour over on Instagram! Yesterday one of Emily Swift’s nightmares came back to haunt her. Today, Rabbit walks a quiet street at night. Here we go…

(This is a derivative work based on the TV program Game of Thrones.)

Night gathers, and now my watch begins. It shall not end until my death…I shall wear no crowns and win no glory.
– Game of Thrones

It was late when filming ended on the set and Rabbit left the studio. He pulled his red knit cap down over his dark curls. His curious eyes roamed the street as he walked alone under the streetlamps. The street was deserted. 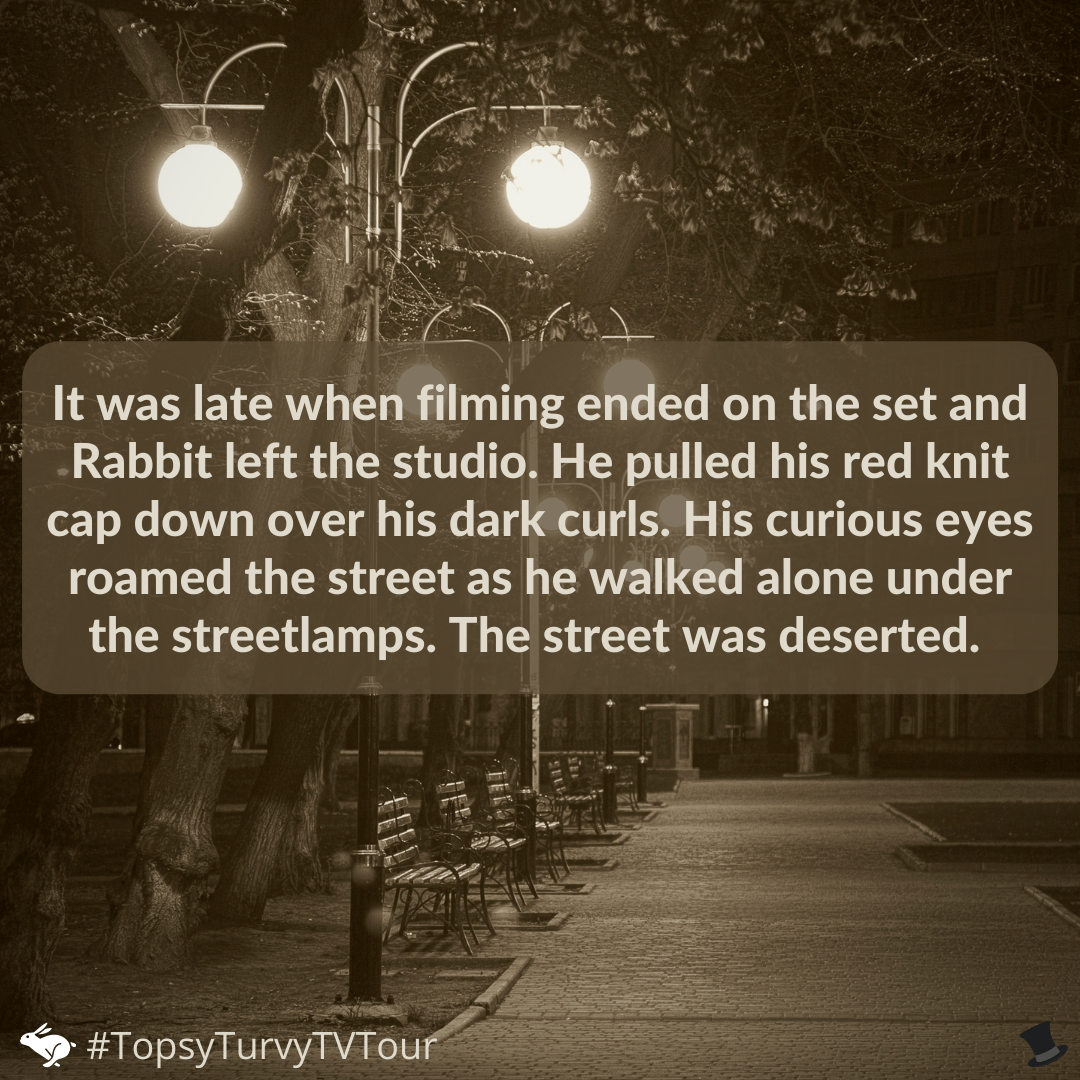 All the others had gone to a nearby pub. Well, all except for Templeton. The moody Salesman remained in his dressing room. Rabbit stopped in for two fingers of Scotch. Neither man spoke as they sipped and Rabbit was grateful. Now and then he craved the reliable silence of Templeton’s company. Sometimes it felt good to not be responsible for the company he kept.

Earlier Rabbit received word from the studio that production would end on the 31st. The timing was good. In November, he and his brethren would head into the Empire’s Walled Zone to investigate an anomaly.

Traditionally, the Fringe kept a strong presence to the west of Matar. Big Rabbit reported the network discovered some sort of dead section in a slice of the Walled Zone. They couldn’t access it through any of their technological tools –they couldn’t hack into anything in this hidden region.

The network was concerned. Fringe activity had increased in the past six months. Even the network came under attack. The Rabbits managed to stay ahead of the Fringe’s technological advances for years, but the rogue Salesmen were catching up. The Fringe moved faster than the Empire’s “tech team.”

Rabbit spoke with representatives from other clusters. They would unite. The plan was mostly reconnaissance, but the Rabbits would happily engage if it came to it.

But tonight, it was quiet. He paused on a street corner and looked to the sky. He could never see the stars when he stood in the center of the city.

… Tune in tomorrow… because someone is watching Emily and her friends very closely.