It’s day 4 of the #TopsyTurvyBookTour over on Instagram! Yesterday Emily, Rabbit, and Templeton ran through the halls of Hogwarts. Today I’m taking my Door to Door characters into The Picture of Dorian Gray. Here we go…

(This is a derivative work based on the original book by Oscar Wilde.)

Emily, Rabbit, and Templeton dashed from the room, The Marauder’s Map clutched in Templeton’s hand.

“This way,” Rabbit pointed, leading them up the stairwell. The steps trembled as they climbed. Templeton caught Emily again as she lost her footing.

“Watch what you’re doing,” he hissed, pulling her up by a shirtsleeve. Emily jerked free and pushed ahead of the other two. As they climbed, the thudding of boots behind them disappeared. The Fringe was no longer on their tail.

The stone stairs under their feet became wood, and as they rounded the corner, their path dead-ended at a door. Once barred shut, its splintered arm now hung uselessly from a hinge. Emily glanced at Rabbit. He shrugged and removed the barrier.

Emily sneezed upon entering the attic. A corner window let in some light and Templeton hurried to look outside, pocketing the map. “I don’t recognize where we are.”

Rabbit joined him, peering through the dirty glass. His phone buzzed and he pulled it from his pocket, his gaze shifting to his hand. “It’s an update from the network. So, this Instagram thing, it’s–” 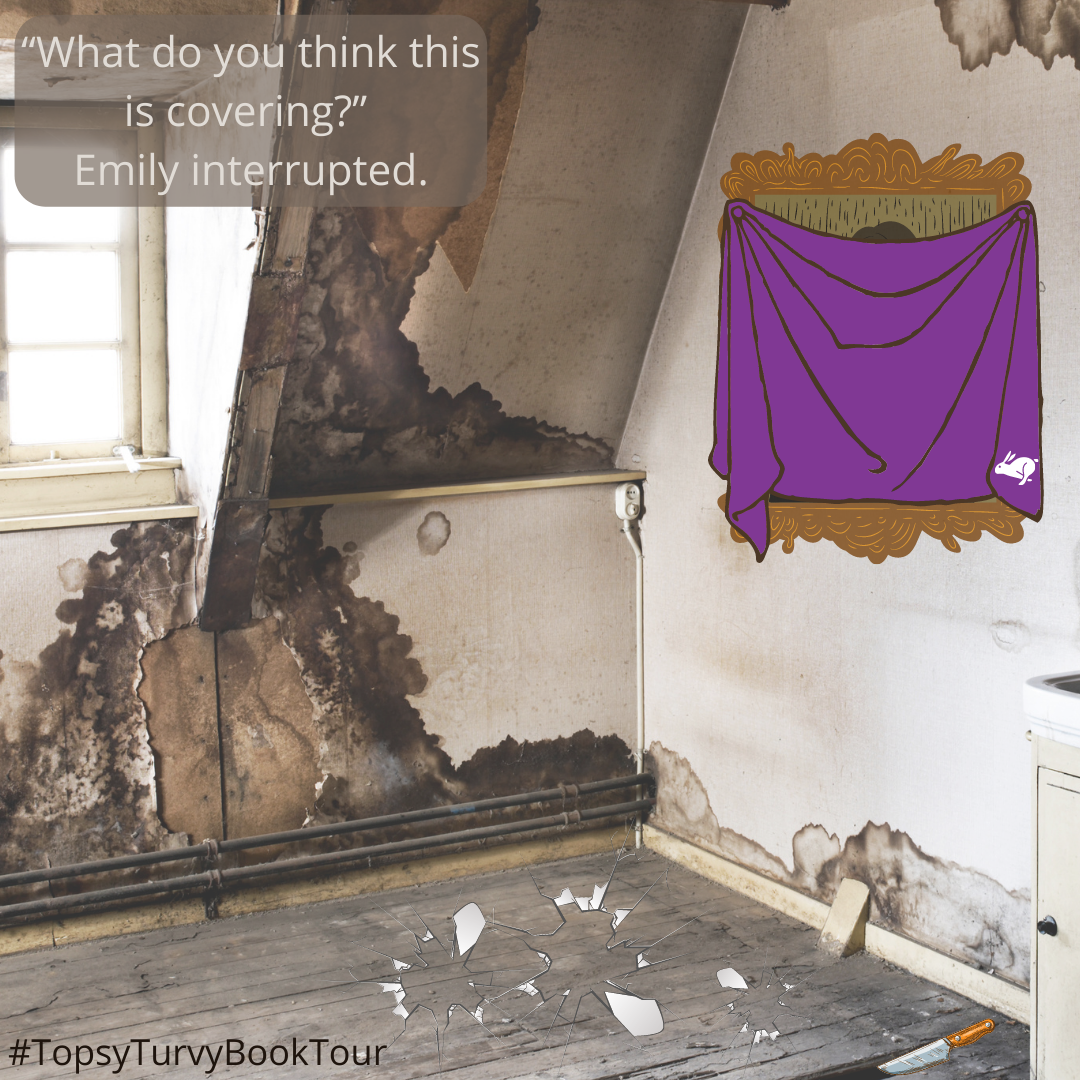 “What do you think this is covering?” Emily interrupted. She stood in front of a purple drape hiding what seemed to be a sizeable frame. Her hand began to drift toward the attic wall.

“Don’t!” Rabbit sputtered. Templeton stepped around the man and crossed the space to Emily’s side. He guided her hand away from the fabric.

“Leave it,” he directed. His eyes cut back to a motionless Rabbit. “I don’t think there’s anything for us in this room. Let’s go back down the stairs.”

…stay tuned as tomorrow Door to Door characters will be dropped into Dr. Seuss’ The Cat in the Hat. (Now posted!) 😀

Are you a writer? Please join us! Drop your characters into A Picture of Dorian Gray and post the story on Instagram! Use the hashtag #TopsyTurvyBookTour & tag hosts @saffron.amatti, @elenchase, and @writertracybrown so we can see your characters in Oscar Wilde’s book!