It’s day 8 of the #TopsyTurvyBookTour over on Instagram! Yesterday Emily and Rabbit enjoyed a moment in a Winnie the Pooh story. Today I’m taking Door to Door’s Templeton into Oliver Twist. Here we go…

(This is a derivative work based on the original story by Charles Dickens.)

Annoyed, Templeton watched through the window as Rabbit and Emily disappeared from view. They were in a murder mystery. What did Emily expect?

Templeton retrieved his top hat and left the house, choosing a path opposite to Emily and Rabbit’s. Moving purposefully, Templeton soon stepped through a flutter in the wind and found himself in a narrow street filled with mud and people. The air reeked of sweat and animals –and manure. He put a hand to his mouth.

Carriages and men pressed past. Top hats filled the street, but they weren’t worn by Salesmen. Templeton paused, pale blue eyes registering where he now stood: 19th Century London. He sighed. Which Dickens novel would he – ?

“Ooof!” The sound shot from his lips before he finished his thought. Lightning-fast Templeton’s hand snagged the collar of a young boy. 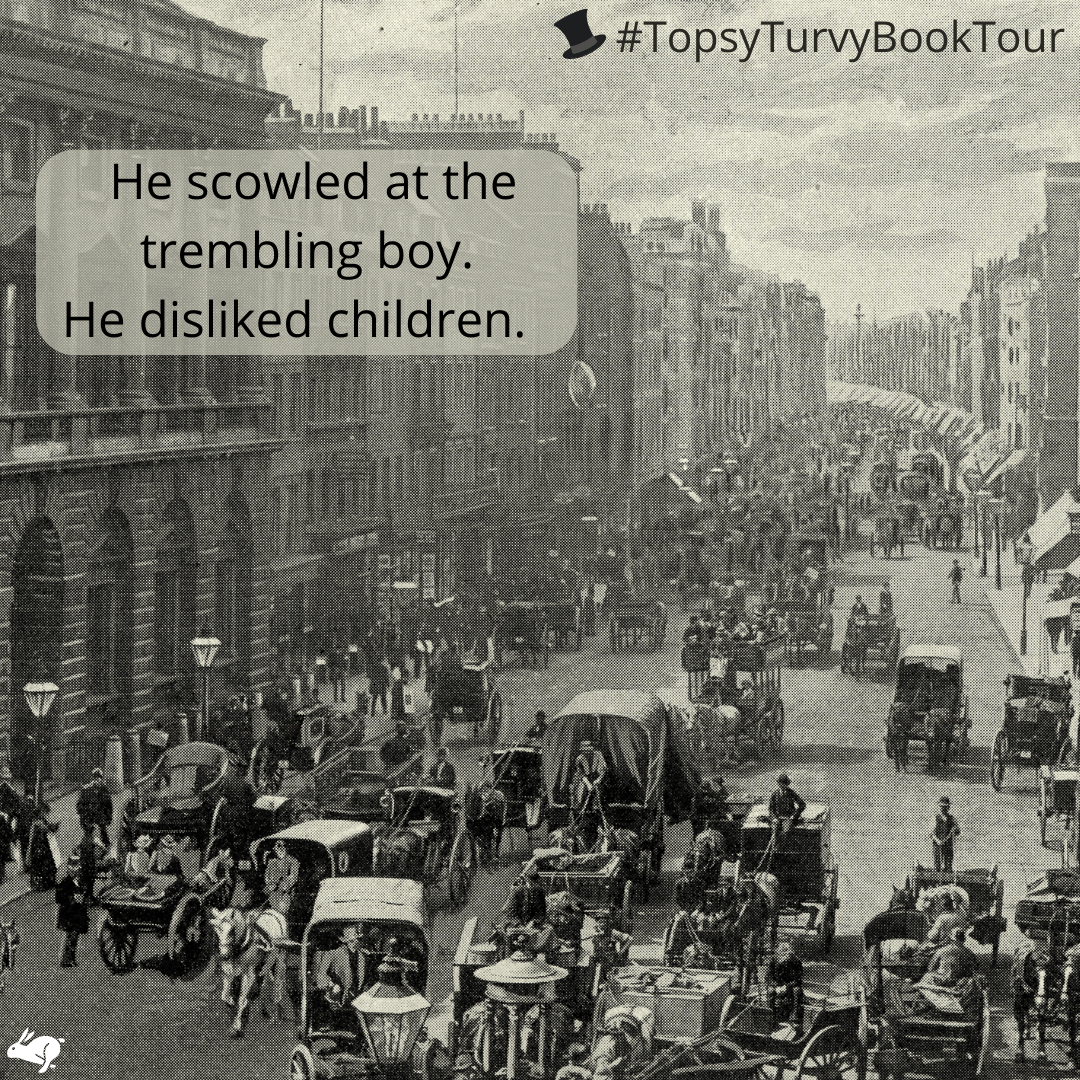 The Salesman noted men struggling through the throng. His eyes flicked back to the boy. “What is your name?”

“Oliver, sir. Please let me go! I didn’t do it!” Oliver’s arms pinwheeled as he tried to escape.

My least favorite Dickens, Templeton grimaced. He scowled at the trembling boy. He disliked children. He also despised anyone who’d hurt one.

One of the men finally drew near, panting out his thanks. He reached for Oliver. “Name?” Templeton demanded.

The man looked up, surprised. “Brownlow. And you a-?”

“This is Oliver,” Templeton interrupted. “His mother was Agnes Fleming, his father Edwin Leeford. Rose Maylie is his living maternal aunt. This child is not a thief. He’s in danger. For god’s sake, protect him!”

With that Templeton thrust Oliver toward Brownlow, muttering ‘take that, Dickens.’ Brownlow pulled the child closer, studying his dirty face with wonder. The Salesman moved past them, suddenly sensing a door’s hum. A moment later, he was gone.

…stay tuned as tomorrow a Door to Door character will be dropped into Mark Twain’s Letters from the Earth. (Now posted here!) 😀

Are you a writer? Please join us! Drop your characters into Oliver Twist and post it on Instagram! Use the hashtag #TopsyTurvyBookTour & tag hosts @saffron.amatti, @elenchase, and @writertracybrown so we can see your characters in Charles Dickens’ work!