🔥Tuesday, March 29, 2022 is the big day! A Thin Witchline Between Love & Hate drops on Amazon. Order NOW and have the book delivered to your Kindle automatically. It’s so easy!

👉 Step into Lucie’s world and find out why advanced readers have called A Thin Witchline Between Love & Hate a “captivating read,” “sexy,” “suspenseful,” “darker,” and “scary AF!” 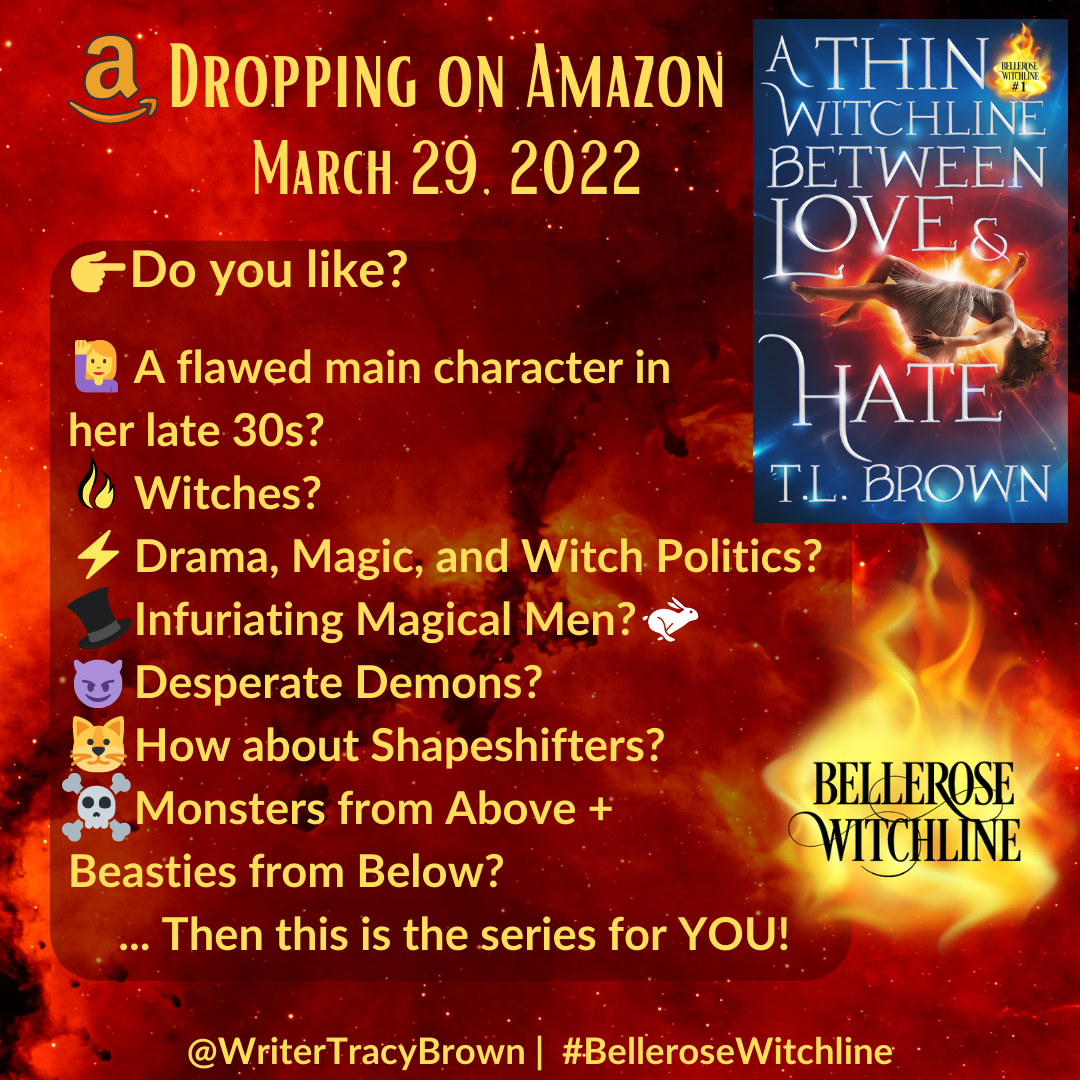 🙋‍♀️A flawed main character in her late 30s?
🔥Witches?
⚡Drama, Magic, and Witch Politics?
🎩🐇Infuriating Magical Men?
😈Desperate Demons?
🐱How about Shapeshifters?
☠️Monsters from Above + Beasties from Below?

… Then this is the series for YOU!

🔥About A Thin Witchline Between Love & Hate

Join Lucie Bellerose as she navigates maddening men, witch politics, a fiery temper, a desperate demon… and ‘monsters and beasties’ when doors to other worlds begin to open.

* This is a stand-alone series but readers of Brown’s Door to Door trilogy will also recognize fan favorites John Templeton and Rabbit – learning even more secrets about the two most important men in Lucie’s life. A Thin Witchline Between Love & Hate also serves up a whole host of new lovable and terrifying characters.