When I lived in Rochester, one of my favorite places to go was the Rochester Public Market. In 2010, it was voted “America’s Favorite Farmers Market” (large market category) in a national contest run by the American Farmland Trust. Even though it’s located in upstate New York, the 100+ years old Market is open year-round. In peak season on a Saturday, 40,000 visitors might pass through. In Rochester, it’s THE place to go on a Saturday morning.

At the Market, you won’t just find veggies, fruit, live animals (chickens, rabbits, ducks, etc.), Amish baked goods, and yummy empanadas, you’ll also hear languages from all over the world. You’ll rub elbows with shoppers wearing everything from saris to kilts (I’ve seen men in kilts more than once!), to good ol’ blue jeans. Your ears will be entertained by buskers playing instruments from accordions or harps, to banjos and bagpipes.

The Market is a feast of sights, sounds, smells (both pleasant and not), and of course, tastes. I suppose you can throw texture in there, too. Some vendors sell clothing.

A trip to the Market is an event. 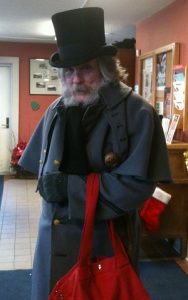 It’s more than a shopping experience or a way to spend a morning. It was certainly food and fuel for my writing when I called Rochester home. The people-watching opportunities alone are priceless. Several characters of mine have been influenced by people I’ve observed at the Market. I’ve even taken a sneaky picture or two. Sometimes not so secretively. 😉

The Market is definitely my Muse.

What about you? What places in your world fill you with inspiration simply by walking through and looking at and listening to the activity around you? What form does your Muse take?

Note to blog visitor: The original post appeared first in 2012 on my previous blogsite, Write On! It has since been updated.

🎉 Guess what today is? *rubs hands together* It