“We don’t celebrate Halloween in the Empire,” Lucie Bellerose explained. “Witches Balls are held instead. Most are unofficial celebrations.” She considered a blue pinafore dress. 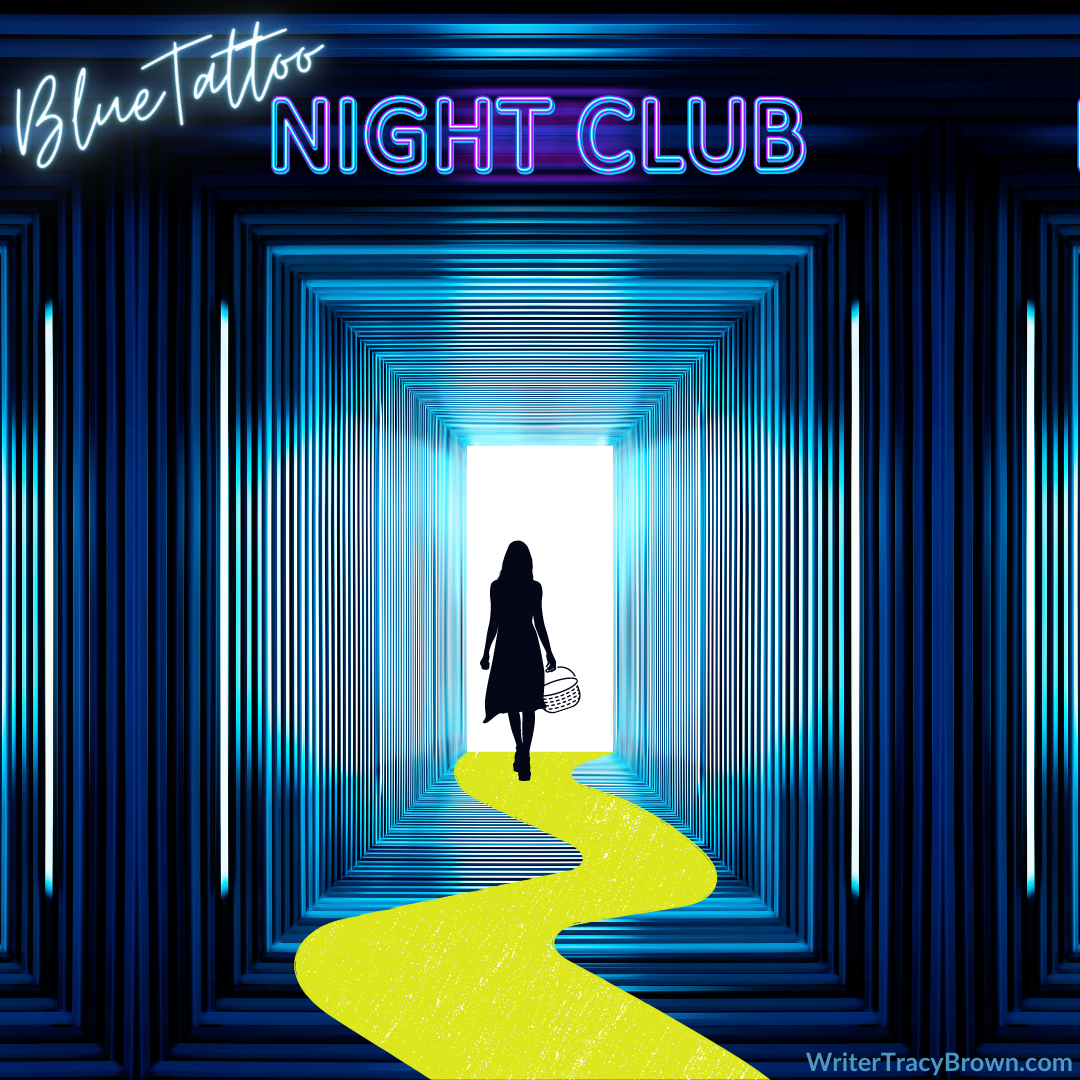 “There are official ones?” Emily Swift dug a banana out of her purse.

“Traditionally Witches Balls were only held by natural witches. They were masked balls. Secular costume parties replaced them.” Lucie eyeballed her friend, then the mirror. “How’s this? I’ll braid my hair and wear red sneakers.”

“You’re not going as a witch?” Emily asked.

“Kind of got the witch thing going on every day.” Lucie pursed her lips. “I’m choosing this costume.”

Emily waved the invitation. “Time to go. We’re meeting the others at a club called Blue Tattoo.”

Lucie’s nose wrinkled. “Not really my speed. What are you wearing?”

Sighing, Emily looked down at her belly. “Something roomy.”

“You’re what?” Rabbit yelled over the din.

“An avocado!” 🥑 A green-outfitted Emily rolled her eyes.

Rabbit grinned. “The pit is really sticking out.”

“What are you dressed as?” Lucie picked an errant piece of straw off Rabbit’s shoulder. “You look the same.”

Lucie lifted her head just as Sebastian St. Michel pushed his 😈 demon mask up. He ignored Rabbit and snapped his fingers at a bartender. He pointed at Lucie and the others. “Drinks are on the house.”

Lucie cocked her head to the side. “What’s this about?”

Sebastian smirked. “My latest investment. Where’d you think the invitations came from?” He reached past Lucie and snagged a shot from the bar, tossing it back. “Got a naughty nurse waiting. See you later, wayward witch.” He pulled the demon mask back down and disappeared into the crowd.

“Pay no attention to that man behind the mask,” Lucie muttered. She shook her head. “Yeah, let’s go.”