Find it on Amazon here: https://www.amazon.com/gp/product/B09PVM454S/ 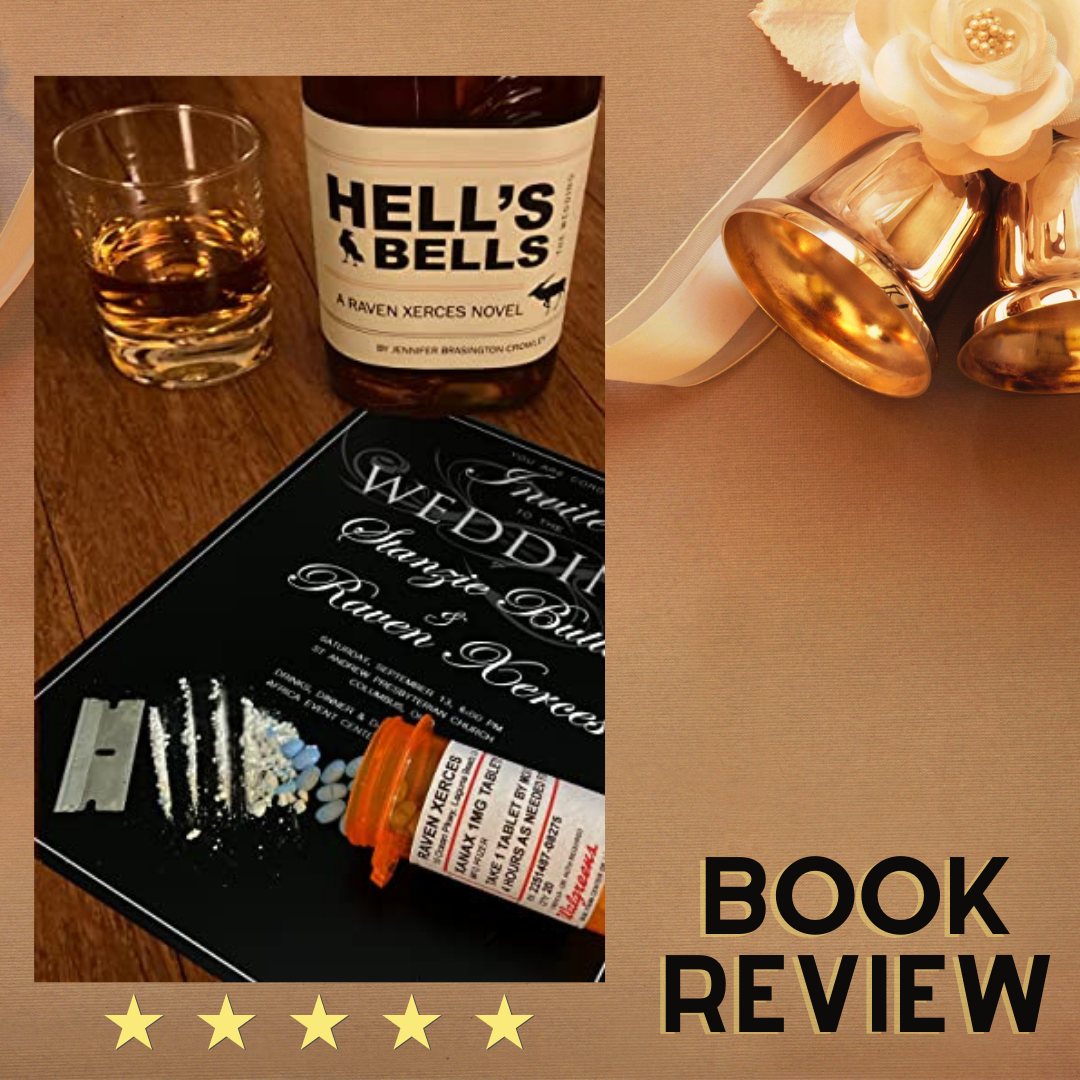 The Final Notes of a Rock ‘n’ Roll Fantasy

Beat the drum and ring the cowbell (okay, ring the wedding bells) – author Jennifer Brasington-Crowley has done it again! An easy 5-stars to her latest – and last – book in the Raven Song series: Hell’s Bells.

I was beyond excited when I learned a new book was being released this year. While I’m sad to see the series end, like all great rock anthems, the book Hell’s Bells ends on a satisfying note. We come full circle as the author brings in a nod to the event that started the Raven Xerces (protagonist) and Stanzie Butler (fiancé) rock ‘n’ romance.

Brasington-Crowley stayed true to her Raven roots: He’s flawed, struggling, anxiety-ridden, sort of sober, kind-hearted, a fish out of water, and loveable. He’s been at the bottom and the top – where he sometimes still clings to the bad behavior that twisted his life into a mess following a brutal childhood. But you know what? Even recovering addicts / rock stars deserve a chance for some normalcy in life, and that’s what Raven’s going for when he asks the love of his life to marry him.

I don’t include spoilers in my reviews, but I found the interactions between Raven and Stanzie’s parents (Ellen and Stan) to be some of the most realistic situations EVEN in their over-the-top-ness. Because you know what? Weird things happen and get said when you bring someone home to “meet the parents.”

Especially if your parents are fairly (*ahem*) Waspy and the man you are going to marry is wearing black chipped fingernail polish.

And yet…Oh, the author pulled on my heartstrings when Raven’s doing his best to figure it out, to do things right, to be there for his fiancé, and to fit in. The line:

“…could have given him [Raven] a lot of pointers on how to behave or at least shown him the difference between all the forks at his place. He had been observant thus far and simply followed Ellen’s cue…”

One can imagine Raven sitting there, secretly watching his mother-in-law to be and what she did at the fancy dinner table to make sure he was doing it right, too. He really tries so hard sometimes.

See, it’s these little moments that Brasington-Crowley puts into her stories that suck you in. You can’t help but care about her characters. Admittedly, Raven is one of my favorites.

The author is a master of springing humor on readers when they least expect it. Often in scenes where a reader is wincing and thinking “oh, no, Raven… surely it can’t get any worse” – Brasington-Crowley will zap you with a funny line or throw her characters into deeper trouble. The humor the author injects in her novels is smart, but she’s not afraid to whip out zingers like:

“What’s that thing you get for brides on their wedding day?”
“An orgasm?”

“Isn’t that what you meant by my joy day veev? I know it’s not that STD I got in France now; I looked it up.”

Again, I will avoid spoilers, but I was very pleased Raven was allowed to face some of his long-time demons and finally put them to rest. VERY satisfying for fans who have read the other books in the Raven Song series. I’m glad the author chose to wrap up some of the big things for readers.

While Pretzel, loyal friend to Raven and one of my favorite characters, did not have as big of a role as in prior books, the author gave us a very touching scene between Raven and Pretzel the night before his wedding. Another believable and beautiful moment is penned! And then, in true Raven fashion, what happens next finds you facepalming it. Oh, Raven. (Little gross, but it’s also really funny – especially Pretzel’s reaction.)

As Raven moves forward in his engagement, he finds himself thinking of a past love – not uncommon for most people nearing their wedding day. But I also found that this was an unexpected twist for me because Raven IS very much in love with Stanzie. Typically, he’s consumed by his feelings for her. His thoughts about this past love – and how they played out – were quite intriguing because I didn’t expect this side-story to crop up. It was interesting to see how Brasington-Crowley brought it to a head. And yes, the final scenes dealing with that sub-plot caught me by surprise – but it worked. I could see it happening. Again, real stuff in an outrageous story.

There are a few more “big life events” that happen before the reader sees the book’s resolution on the horizon. Again, spoilers, but I was pleased the author chose to include those “everyday events” – highlighting a couple’s struggle and their reactions – in this last installment of the series. The end of Hell’s Bells will leave you with a smile and a sigh of relief. And yet… It’s not *quite* over. 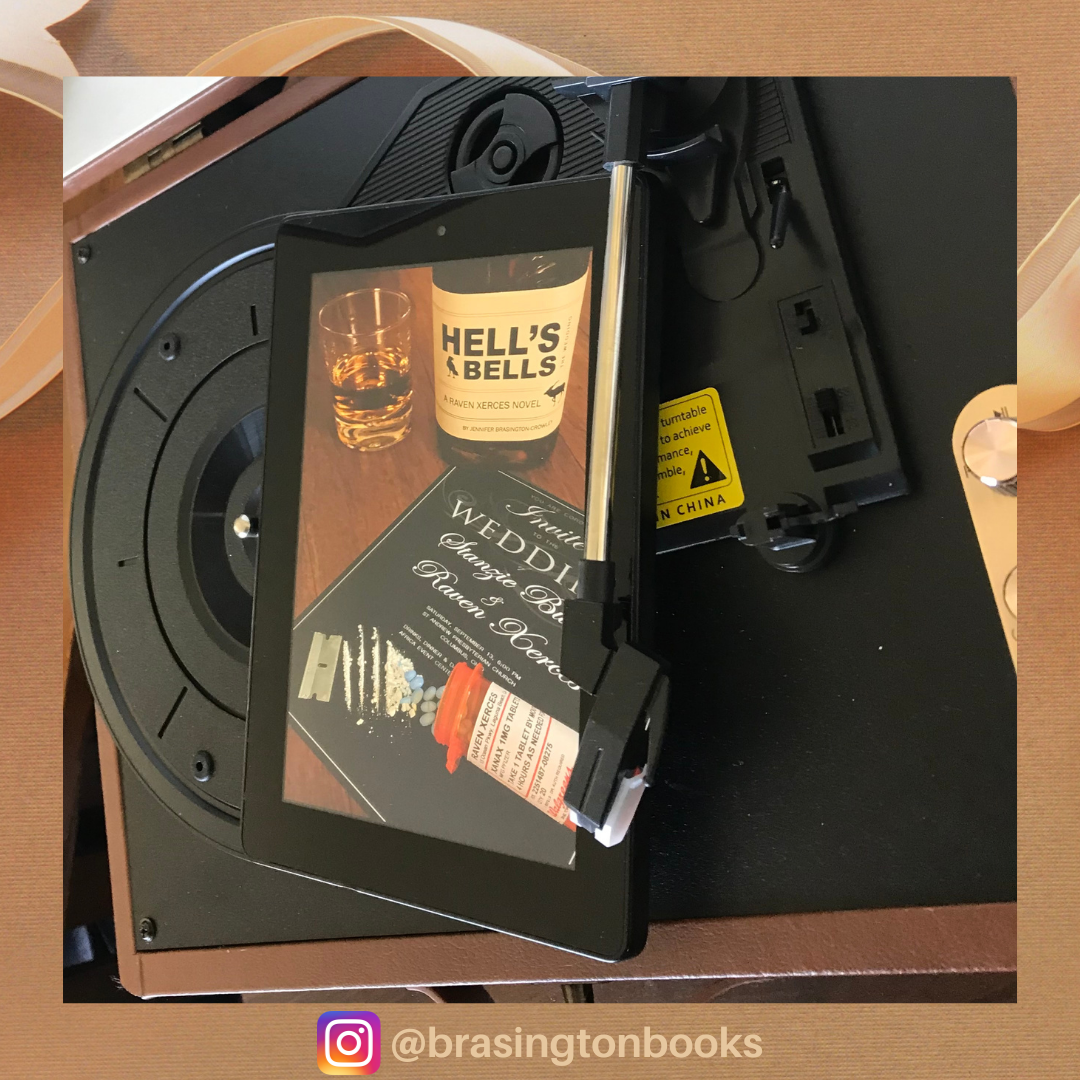 My next steps: I’m eager to jump into Nightingale (Stillwaters Series) – the companion book to Hell’s Bells. Brasington-Crowley has cleverly weaved the two storylines together, giving fans an even richer experience when they slip themselves into the beautiful and messy worlds of her characters.

Giving Hell’s Bells a 5-star rating is a no brainer. It IS a standalone book, but from this reader’s perspective, if you read BirdSong and Raven Song, Hell’s Bells will be even better. So run along… start the Raven Song series if you haven’t already, and if Hell’s Bells is already on your TBR pile, move it up to the top. 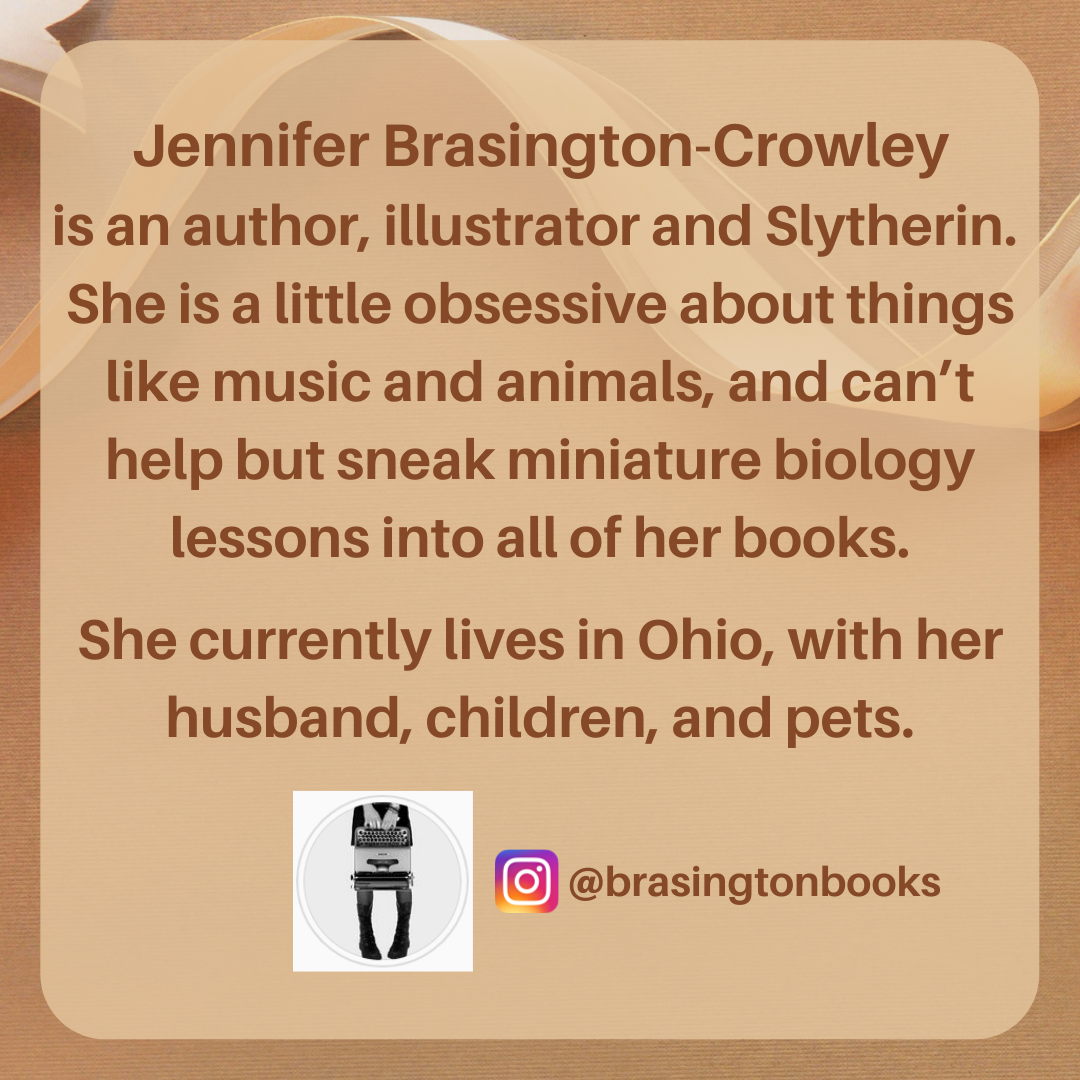