Tonight @ 8pm Eastern time will be the FIRST Facebook LIVE reading of Through the Door on my Facebook Page at WriterTracyBrown. (Order the ebook now on Amazon here and read along tonight if you don’t have a copy already!) 😃

From now until July 27, I will be reading the entire book in Facebook LIVE videos. (I did this with Door to Door and we all had so much fun!)

The streaming video starts at 8pm on Facebook, I start reading at 8:05pm (gives people time to get in and get situated.) Over the next few weeks I’ll be reading a chapter from Sun – Thurs (with a few exceptions). Sometimes there’s a few people attending, sometimes a bunch! I’d love to have YOU there, too! 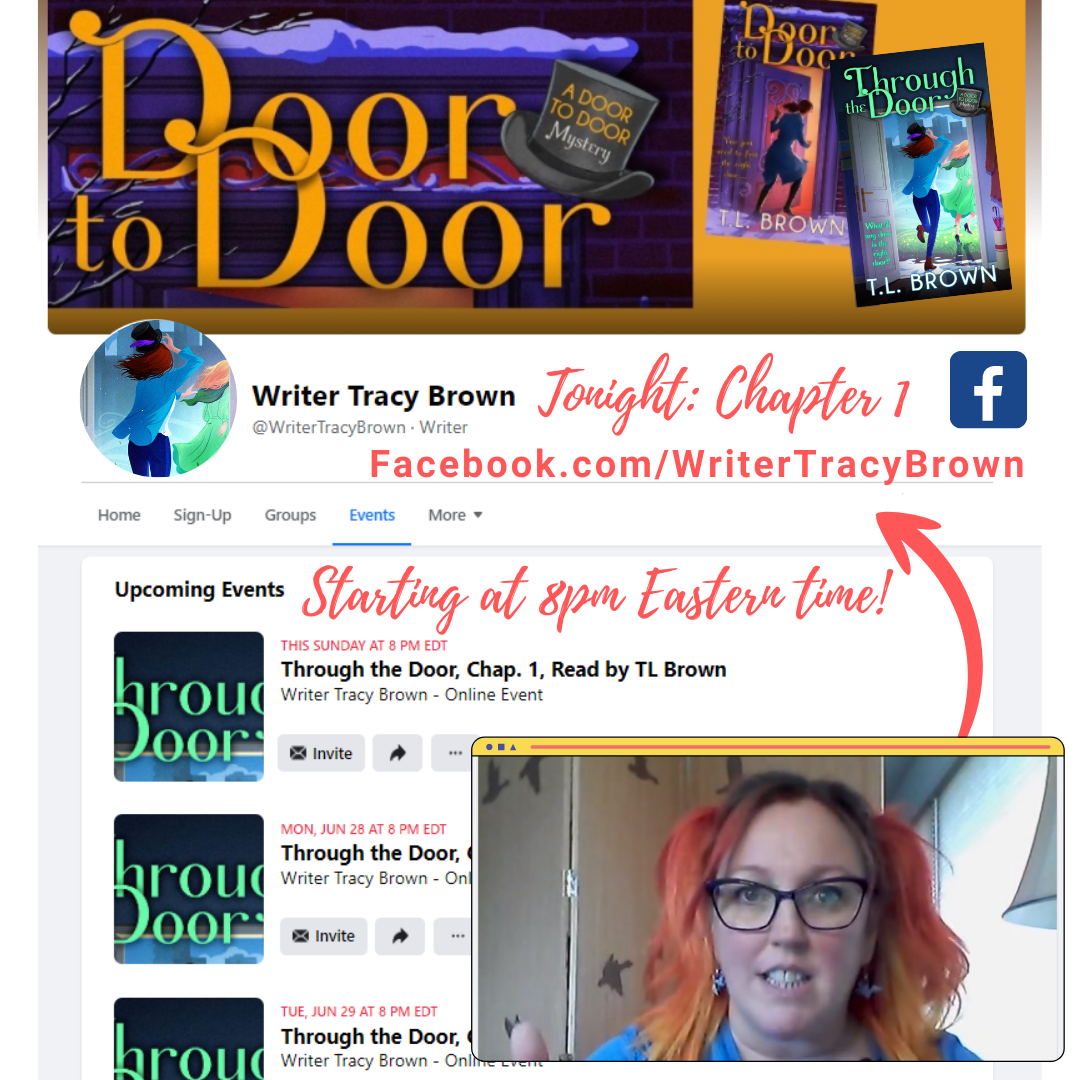 About Through the Door:

In this second book of the Door to Door Paranormal Mystery Series: relationships tested, friendships built, secrets revealed, and sacrifices made…

Salesman Emily Swift is back – and so is Templeton! After learning about her supernatural abilities and finding the Crimson Stone, thirty-year-old Emily Swift returns home to Kincaid to rebuild a normal life with her boyfriend. As she struggles to get a handle on her “door traveling” energy, a strange warning squawks from her car radio: a rogue, terrorist group called the Fringe is still watching her.

Before she can figure out if the message is from a friend or foe, Emily’s quirky mother, Lydia, goes missing – and resurfaces in the Empire! As Lydia travels from city to city in this peculiar world, a wake of chaos is created. Add the murder of a hated art critic and a kidnapping into the mix, and things go from bad to worse. The Fringe believes Emily knows where the magical Crimson Stone is hidden, and they’ll stop at nothing to get their hands on it.

Friends Tara and Rabbit join Emily as they race against the Fringe to catch up with Emily’s wandering mother. Will Emily’s nemesis, the mysterious Templeton, join her in rescuing Lydia? What will it cost her? Is the price too high?

Hope to “see” you joining in tonight’s live video! 🙂