Templeton (full name John Templeton) is a thorn in main character Emily Swift's side, appearing first in book one (Door to Door) of the series. The first reference to him is found by Emily in “The Book,” the travel journal left to her by her late father.

(Templeton also appears in the Bellerose Witchline Series (coming in 2022) in a significant role.)

Templeton entered the Salesman trade at age nineteen (versus thirty like other Salesmen). His talent for door traveling fast-tracked him into the ranks. Daniel Swift (Emily’s father) took Templeton under his wing, recognizing the vulnerability of such a gifted young person entering the chaos of the Empire. Templeton soon proved he belonged to no one.

Templeton is thirty-eight to thirty-nine years of age in the series. He’s described as tall (approximately 6’0″) and fit.

In book one, Emily describes:

But was he handsome? There was something about him that was clearly unappealing. He was good-looking, I suppose. About Jack’s age maybe? A few years older? Dark hair. I didn’t pay attention to his body, but he was tall. Probably fit. His eyes were almost a translucent blue… Faded. They were cold.

And later, in book two (Through the Door):

I studied his face, the sharp angles, the thin nose. He had reduced the length of his sideburns – an improvement. Dark hair was still cut short.

Even in the heat, Templeton stays well-dressed:

Templeton turned to face me. He was dressed in a pair of grey summer trousers and a black button-down shirt. The sleeves were rolled up to just below his elbows. The top button of the shirt was undone. He held his top hat by the brim in his left hand. A sly smile played about his lips. He raised an eyebrow. “Do you need to be punished, Emily? What have you done now?”

“Anyhow, he’s pretty good-looking, don’t you think? You know, in an aristocratic throwback sort of way.”

Leaning back in my chair, I considered the man who’d puzzled me for nearly a year. I studied him: the short, dark hair; the palest blue eyes I’d ever seen; the sharp angles of his face; the long line of his nose.

Templeton can handle magical objects and use them – this is unusual for a Salesman to have this ability.

Templeton has a distinct habit of searching for lint on his clothing (primarily coat or shirt sleeves) and picking at it – whether real or imagined.

Templeton is a Salesman and is often portrayed with his top hat. 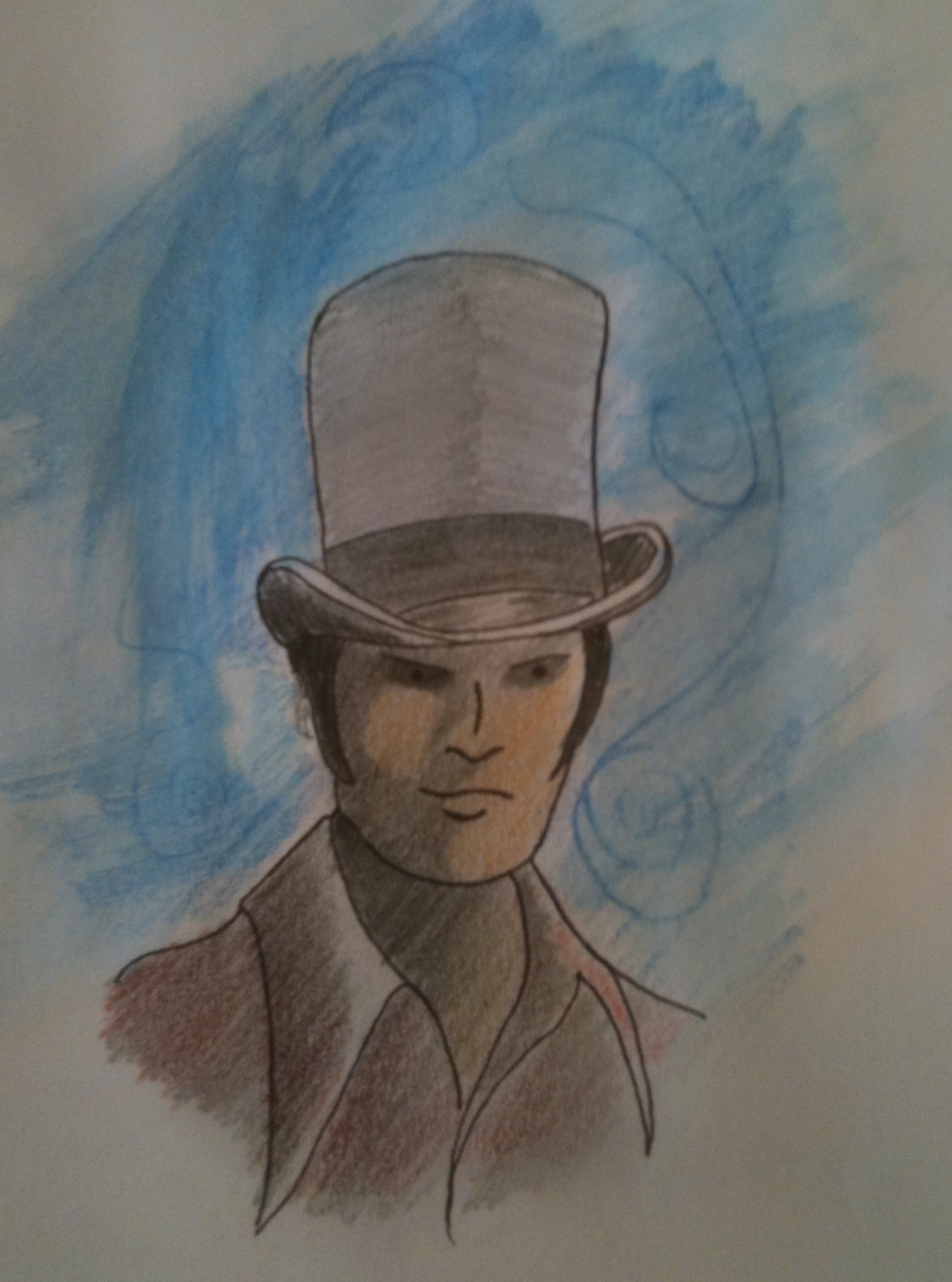 🎩 Woohoo! Thank you to @terrysegan for this ⭐

#SundaySnippet from my current WIP (edited to remo

😁 So I was tagged by @brucespydar for the #WhoA